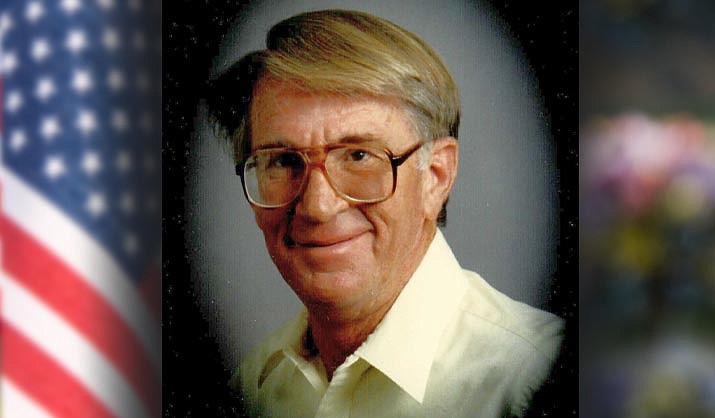 Gene was born on April 11, 1936 in Saco, Montana and he grew up in Vancouver, Washington.

After graduating from high school, Gene joined the US Air Force, where he worked as an electronics technician. Ultimately, Gene retired from the USAF in 1975 and settled down with his wife Ruth and children in Cottonwood, AZ in 1977.

Gene and Ruth were married in Little Rock, Arkansas on September 7, 1965. They remained happily married until Ruth’s death in 2018.

Gene was an active member of the local Kiwanis Club for many years and Gene and Ruth were both familiar and active members of the community.

Gene was preceded in death by his wife, Ruth and his son, Howard.

He is survived by his daughter, Yevonne Merlin and her husband, Paul Merlin, of Rimrock, AZ.

Gene is also survived by his four grandsons: Sean, Patrick, Matthew and Ian Merlin and his great- granddaughter, Melody Merlin.

A funeral service will be held at Westcott Funeral Home in Cottonwood on Wednesday, December 1, 2021 at 1:30 pm, with visitation at 1:00 pm.