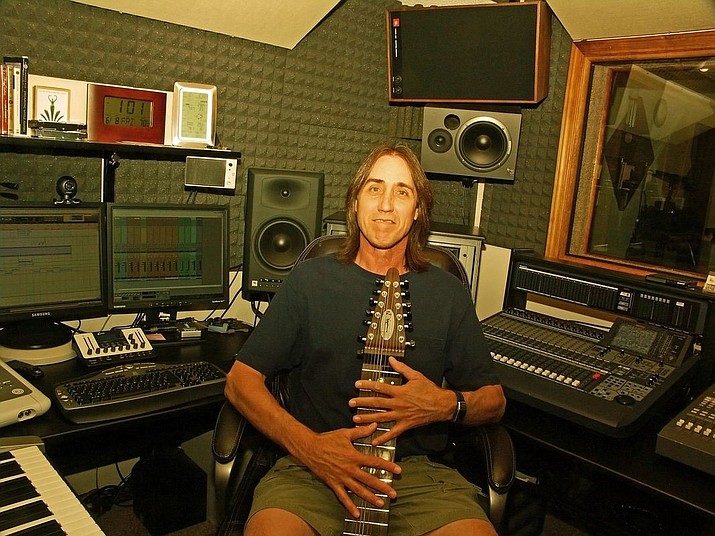 Rick Cucuzza is scheduled to perform at Tommy Rocks Music Store in Jerome on Sunday, Nov. 28, 2021, at 2 p.m. (Tommy Rocks/Courtesy)

There are no pre-recorded tracks ever used. Some of his performances are totally impromptu and others always uniquely different.

His ‘floorboard’ included an impressive array of electronics: The Singular Sound Aeros Loop Studio and Morningstar MC6 & MC8 along with the BeatBuddy foot controlled drum machine allow him to sound like a full band.

The Neural DSP Quad Cortex gives him great sounding effects and amp modeling, and the Fishman TriplePlay Wireless MIDI pickup and the Roland Integra seven compliments the setup with the sounds of bass, piano, organ, sax and much more.

Raised in southern California, Cacuzza grew up at a wonderful time in the history of music. At 15 he began playing bass guitar and loved the powerful feel of amplified bass. Soon after that he switched to guitar.

For 15 years, Cacuzza played guitar in the area with several local groups, and soon after opened up a recording studio.

In 1980, Cacuzza started playing the Chapman Stick, considered by many to be the most difficult instrument. In 1988 he and his family moved to Prescott. He has been performing in the area in original and cover bands ever since, and now brings his show “evoL-ution” to Tommy Rocks, performing live as a one-man-band.