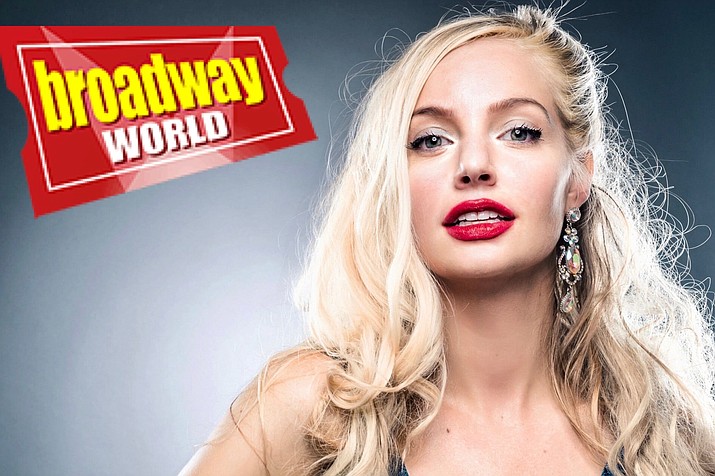 Old Town Center for the Arts is scheduled to present three special holiday concerts this season, according to a news release.

Come join us for “A Broadway Holiday,” an “Improvised Comedy Night” and our annual “Winter Solstice Concert,” all happening on Saturday nights in December.

Here’s a brief description of how you can celebrate the season at Old Town Center for the Arts. Join us for a concert and support musicians from around the world, and OTCA as we celebrate our 14th year:

Get into the holiday spirit with Grace Field, performing “A Broadway Holiday” Saturday, Dec. 4, at 7 p.m. Grace was born in the little town of Austin, Texas. From the get-go, everyone knew she was an artist; before she could ever speak she was either singing, plunking notes on the piano or creating artwork!

Her love for theatre and performing grew as she started school and began to perform in school plays and musicals. Her musical debut was in the fourth grade, where she played the title role of Oliver in Oliver.

Grace has been featured on NBC’s the Today Show performing with Hugh Jackman, is a proud member of Tony Award Winning Broadway Inspirational Voices and has been in multiple musical theatre productions across the globe. She most recently performed on Broadway in “Disney on Broadway 25th Anniversary Special” with Whoopi Goldberg at the New Amsterdam Theatre.

Here’s your chance to giggle away any holiday blues with Zenprov Comedy’s completely improvised family friendly show “Dear Santa, I can explain!” at Old Town Center for the Arts on Saturday, Dec. 11, at 7 p.m.

Zenprov Comedy is like the popular TV show “Whose Line Is It Anyway?” The troupe performs a mix of fast-paced improvised and musical scenes created in the moment based on audience suggestions. Unlike sketch or standup comedy, nothing is scripted or prepared ahead of time, so it’s never the same show twice.

The troupe has been working with a world-renowned improv coach from famed Second City and has a sleigh full of new games, including “The Isle of Misfit Toys,” where neurotic toys learn to cope with self-loathing and self-love over the holidays. Visit zenprovcomedy.com to learn more about the troupe and this show.

The ninth annual Old Town Center for the Arts ‘Winter Solstice Concert’ will feature some of the world’s favorite Christmas melodies, original songs, and a special visual, musical tribute to honor our indigenous ancestors, in observation of the ancient winter solstice ritual.

A special added holiday feature of the evening will be aerial performances by Taylor Marie on silks and Lyra hoop. Lighting director Elena Bullard commented, “Attendees don’t often get to witness the wonderful visuals and ‘movement art’ performed high above the audience on silks and lyra (hoop), especially in our area. We’re looking forward to an evening of diverse musical styles and ‘elevated’ movement art.”

Marie has performed in Arizona, New Mexico, Colorado and California, and has also taught workshops in aerial dance.

Mark your calendars for these special events and visit oldtowncenter.org to find more details about the concerts listed above and new events to be added.

Tickets are available online at showtix4u.com or you can purchase tickets at Desert Dancer in Cottonwood or the Sedona Film Fest Box Office in Sedona.

For ticket prices and more information about these and other upcoming events, visit oldtowncenter.org, or call Elena Bullard at 928-634-0940.