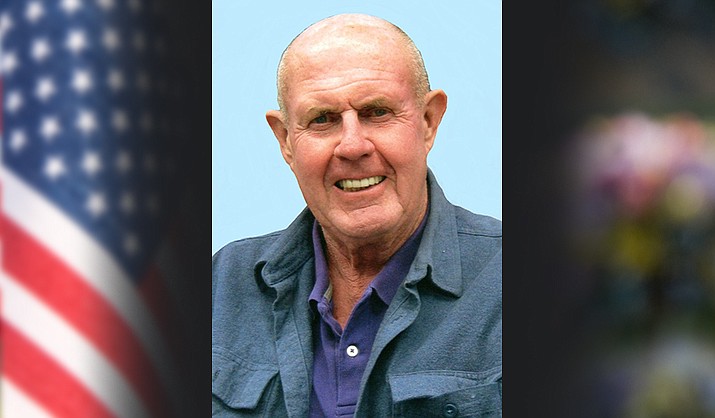 Samuel Winchester Morey, 84, of Cottonwood, Arizona passed away in his home November 17, 2021. His beloved wife, daughters, and faithful dog, Amber were by his side.

Sam was born December 22, 1936 in Boston, Massachusetts to Ruth Winchester and George Palmer Morey. He spent his early years in Lexington, MA. He graduated from Williston Academy in 1955.

He met his wife, Connie Byl, a nursing student, over a frog in zoology class at Duke University. They were married at Easter time in 1959. They graduated from Duke later that year, Sam with a AB in business administration and Connie with a BS in Nursing.

Sam’s military service included assignments in Korea as a special agent with Army Counter Intelligence (CIC) and as a body guard for the commanding general of allied forces in Korea. After 60 years, the army recognized his PTSD, which allowed him to finally put the war behind him.

After his service he worked in both the New York and Boston financial areas as a stock and bond broker. He volunteered as a financial advisor for the Weston Girl Scout Council and received the “Thanks Badge”, the highest award in Girl Scouting.

In 1976 Sam and Connie moved to Arizona where he became a real estate and mortgage broker in the Tucson area. There, he was active in both local and state politics, and served as a district chairman.

He founded the Tucson chapter of the 100 Club which later merged with the Phoenix chapter.

Sam and Connie moved to Cottonwood in 2001 where he volunteered both at VVMC with the visiting canine program and Rescue a Golden (RAG) of Arizona. Through RAG Sam and Connie were responsible for transporting and placing many Goldens into their forever homes.

No services are planned at this time, but a Celebration of Life will be held in the future.

The family wishes to thank Aviant Hospice and the wonderful caregivers who provided end of life care. Donations of remembrance may be made to the Verde Valley Humane Society or the charity of your choice. An online guestbook is available to sign at www.westcottfuneralhome.com.