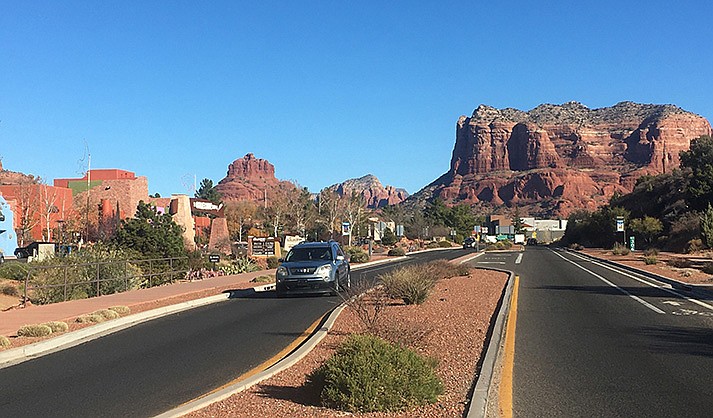 What follows is a report of the Big Park Regional Coordinating Council’s meeting highlights.

Michaels is amenable to another Village of Oak Creek public forum, such as the one the council hosted in June. Cox thanked the nominating committee for their thorough outreach to recruit officer candidates.

The grand opening ceremony of the new VOC library branch was an exciting event, and community meeting space will be available by reservation for a small contribution.

Mary Pope and Patty Reski were unanimously elected secretary and treasurer. Electronic balloting for the contest between Duane Thompson and Dave Norton for vice president resulted in Thompson being the declared winner.

Cox reviewed information on the Secret 7 Trails being promoted via free trail maps by the USFS and Sedona Chamber. The public comment period on this campaign occurred pre-COVID, and was apparently low key as no one at the meeting had recollection.

The campaign’s goal is to redistribute hikers/bikers to lesser used trails – three of the Secret 7 Trails are in the VOC vicinity, Woods Canyon, Turkey Creek and Jacks Canyon. Increased bicycle traffic has been noted on Jacks Canyon Road (which has no bicycle lanes), illegal parking on Lee Mountain Road, and private property trespassing and damage as hikers seek short-cuts to the trails.

It was suggested to approach the Yavapai County Sheriff’s Office on parking and trespass issues. It was reported that noise levels on Verde Valley School Road are increasing due to OHV traffic.

Currently, the president and vice president are limited to two consecutive one-year terms, and the secretary and treasurer are allowed four.

Cox summarized the Nov. 10 meeting of the Yavapai County Comprehensive Plan Advisory Committee. A consultant has been added to the advisory committee, providing expertise on the legalities around community goals, highlighting pitfalls and alternative approaches. A new emphasis on community plans was evident, with Supervisors Michaels and Harry Oberg advocating the importance of bottom-up input.

Ideas on how to disseminate and keep current the information are under consideration. Hanna thanked Dave Norton for stepping up to support the formulation of the committee, and recommended Mary Pope to succeed him as co-chair. She was unanimously approved by the council.