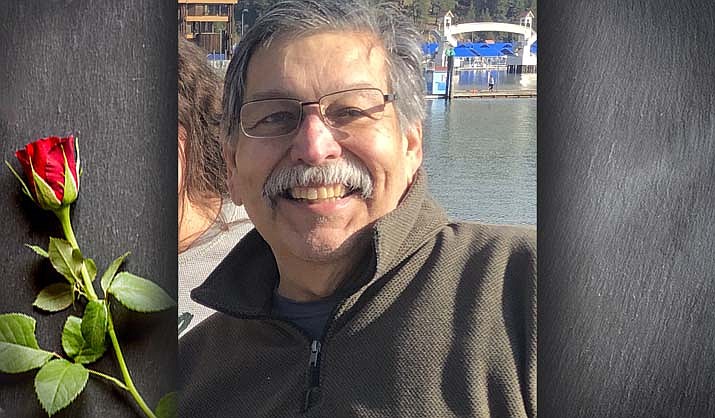 Lawrence Garcia, of Libby, Montana, passed away September 4th, 2021 when his generous heart could no longer sustain him. Larry briefly opened his eyes for hugs, kisses and our encouraging words of love and that evening Our Lord Jesus Christ took Larry by the hand as he peacefully slipped away. This wonderful man was surrounded by loved ones near and far.

Larry was born July 29, 1951 in Los Angeles, CA to Henry and Velia (Trujillo) Garcia. Larry was raised in Santa Paula, CA with his brothers, Henry and Bill Garcia. His family had strong ties to Cottonwood, Arizona with many relatives and friends living there. It was the place for many get togethers and great memories over the growing up years.

This is where Larry and Leslie met in the mid 1970’s. Their friendship continued across the miles for 37 years. Then their paths crossed again in Arizona. They eventually began a great marriage and in 2018, they packed up and returned to Leslie’s home in Libby, Montana.

Although he never had children of his own, Larry cherished watching the younger cousins as they grew up. He was bestowed the utmost honor of being “Cousin Uncle Larry” to some beautiful young ladies who were very special to him.

Condolences and memories may be posted at schnackenbergfh.com Services will take place November 20, 2021 in Cottonwood, Arizona. Location and time will be posted when determined.