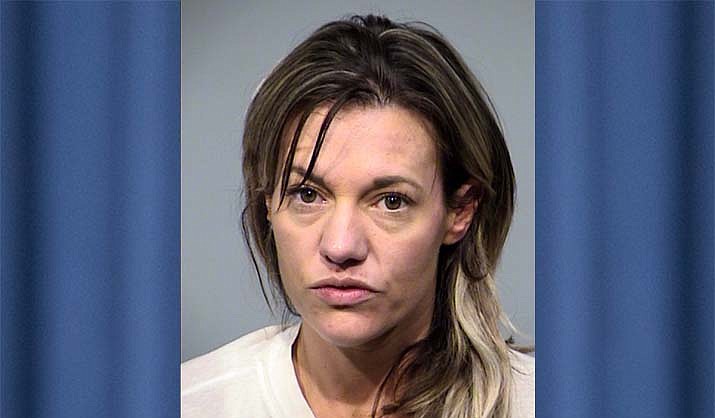 CLARKDALE — A 35-year-old Prescott Valley woman was arrested for several alleged burglaries in Clarkdale over the course of just a few days, according to a news release Thursday.

Ashley Lynn Paisano, 35, of Prescott Valley, was identified through surveillance video and eyewitness accounts and was arrested by the Clarkdale Police Department on Sunday, Sept. 26.

She was booked into the Yavapai County Jail in Camp Verde and charged with two counts of trespassing and six counts of burglary in the second degree.

Multiple calls from local citizens in Clarkdale reported several burglaries that occurred in the evenings of Sept. 23 and 24. On Sept. 24, Clarkdale PD took a report of an attempted burglary from a resident of the Mountain Gate subdivision.

All thefts were from unlocked vehicles and an unlocked garage, Candelaria said.

Following leads, officers were able to identify Paisano and locate her vehicle in Old Town Cottonwood.

On Sept. 26, Clarkdale PD stopped the suspect after a receiving a call for reckless driving on State Route 89A traveling from Clarkdale from Jerome.

“The driver was Paisano and some of the stolen property was in the vehicle,” Candelaria said.

Paisano is a suspect in multiple burglaries in Cottonwood.

“People who have had items stolen from unlocked vehicles are encouraged to report the crime to their local police department,” Candelaria said.

Contact Clarkdale PD at 928-649-7700, or email Candelaria at joe.candelaria@clarkdale.az.gov.