Sedona Film Festival partners with Old Town Center for the Arts for ‘Monday Movies on Main’ with ‘Queen Bees’ Oct. 11 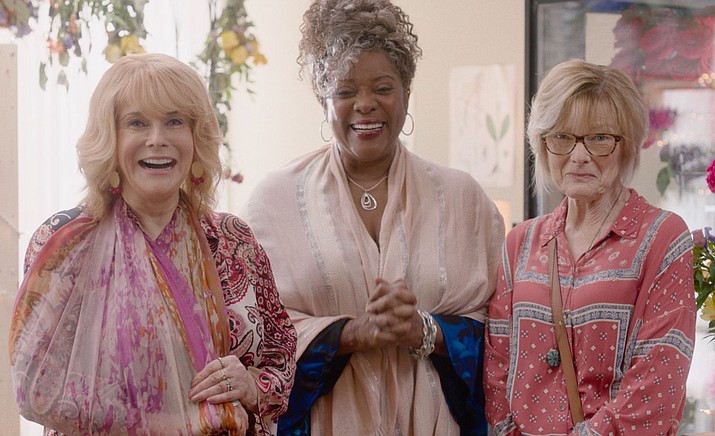 The Sedona International Film Festival has partnered with Old Town Center for the Arts (OTCA) to bring movies back to Cottonwood, according to a news release.

“Monday Movies on Main” will return on Monday, Oct. 11, with the Cottonwood premiere of “Queen Bees” at 7 p.m. at Old Town Center for the Arts.

The film festival and OTCA have created a safe environment to enjoy films on the big screen, following all recommended guidelines and safety protocols. The OTCA has been set up with special physically-distanced seating arrangements and attendance will be limited.

“Queen Bees” was the highest-rated film by the audience at the recent Sedona International Film Festival, where it earned the Audience Choice Best Comedy Award. It is making a theatrical return by popular demand.

“Queen Bees” is a comedy about the young at heart. While her house undergoes repairs, fiercely independent senior Helen (Academy Award-winner Ellen Burstyn) moves into a nearby retirement community - just temporarily.

Once behind the doors of Pine Grove Senior Community, she encounters lusty widows, cutthroat bridge tournaments and a hotbed of bullying “mean girls,” the likes of which she hasn’t encountered since high school, all of which leaves her yearning for the solitude of home.

But somewhere between flower arranging and water aerobics Helen discovers that it’s never too late to make new friends and perhaps even find a new love.

“Queen Bees” will show at the Old Town Center for the Arts on Monday, Oct. 11, at 7 p.m. Tickets are $12 general admission and $9 for film festival members and $10 for students. For tickets and more information, please call 928-282-1177. Tickets can also be ordered in advance online at SedonaFilmFestival.org.