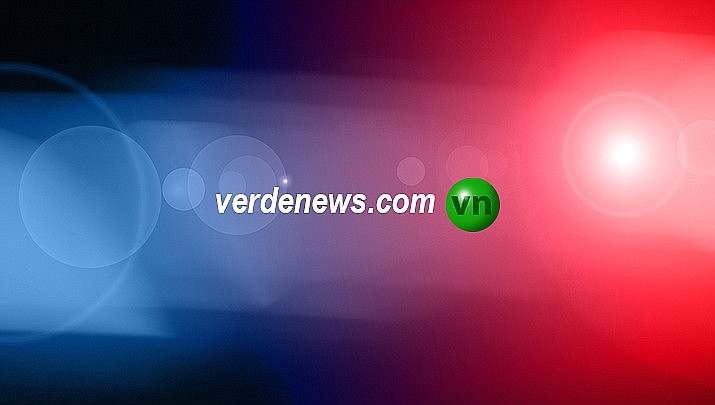 COTTONWOOD — A car struck a Mingus Union High School student in a crosswalk on 6th Street Thursday, Oct. 7, after bus driver honked to get the driver’s attention, according to Cottonwood Police.

“The juvenile child suffered a broken leg,” Cottonwood Police spokesperson Sgt. Chad Sinn said. “Once this investigation is completed it will be reviewed by the Yavapai County Attorney’s Office for possible felony charges.”

The driver of the bus activated the bus’s stop sign in the T intersection of S. 6th Street at Aspen Street for students to exit the bus around 3 p.m., Sinn said. About a half dozen students were on the sidewalk and four of five by the bus door.

A juvenile male subject was in the crosswalk in front of the bus when the bus driver saw a car traveling toward the children, police said.

“The bus driver honked his horn to get the driver’s attention but the white car struck the juvenile in the crosswalk,” Sinn wrote in his press release.

Cottonwood Police on Friday, Oct. 8, reported the results of their September school bus detail during which they increased patrols at bus stops and schools zones awareness.

The police department partnered with the school district to conduct the increased school-area traffic enforcement to increase motorist awareness around buses.

Cottonwood police officers were watching for traffic violations such as motorists speeding through school zones and vehicles driving past school bus warning devices such as flashing lights with stop arms and pedestrian crosswalks.