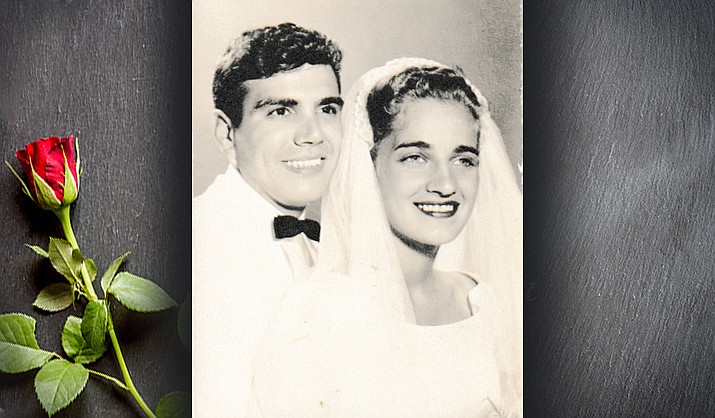 Wife, mother, teacher, and avid gardener, Maureen Ruggiero passed away on July 12th with her husband of 63 years by her side. Husband, father, counselor, and a passionate craftsman hobbyist, John left this earth on August 3rd. We mourn them together, as they were never apart.

Maureen was a schoolteacher for many years, but her love was family, home, and her garden. Born in Brooklyn, New York, Maureen was enrolled at Oswego State College where John was also a student. After marriage and three children, John and Maureen moved to Tempe, Arizona, where John earned his master’s degree in social work. A career move for John to Wisconsin took the family away from Arizona for some years, but they returned to settle in the Verde Valley near Maureen’s family, where they eventually retired and built their dream home in Camp Verde. They lived and worked in the Verde Valley for 43 years.