Photo: 1 sent to hospital after accident near 12th Street, 89A 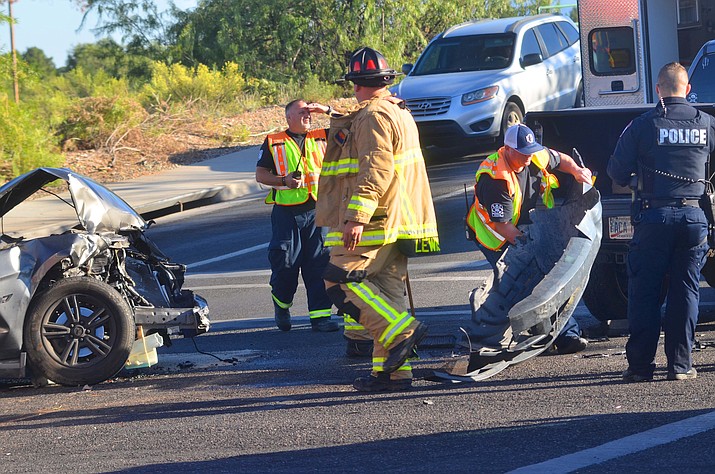 A crew with the Cottonwood Fire Department answers the call to an accident in the intersection of 12th Street and State Route 89A on Monday, Oct. 11, 2021. (Vyto Starinskas/Independent)

The Cottonwood Police and Fire departments, and the Verde Valley Ambulance Service, responded to an injury accident at the intersection of 12th Street and State Route 89A at around 4 p.m. Monday, Oct. 11, 2021, in Cottonwood.

Both vehicles sustained heavy front-end damage, according to Cottonwood Police on Tuesday, Oct. 12. The driver of one of the vehicles was transported to the Verde Valley Medical Center for a possible head injury and the passenger in the other vehicle had a minor injury, police stated.

The at-fault vehicle’s driver was cited for failure to yield at an intersection, the police said.