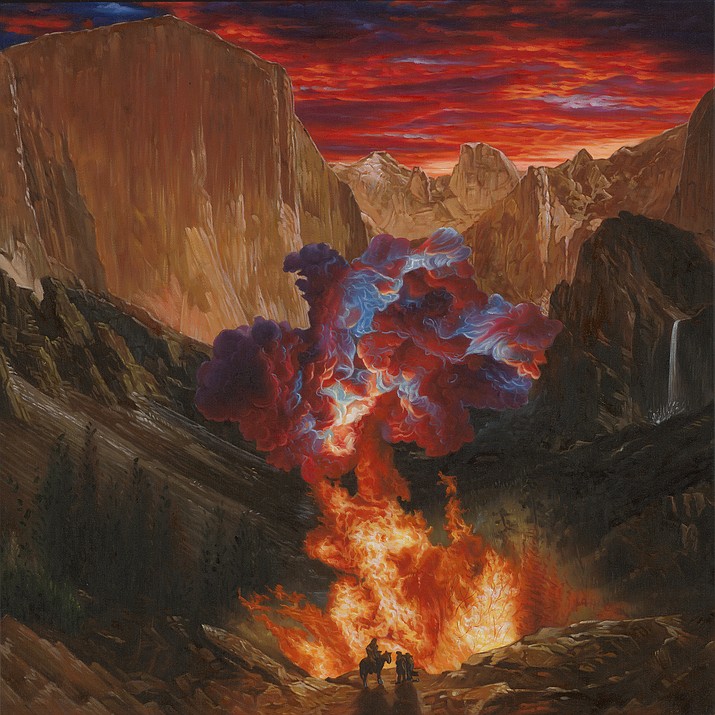 Singer-songwriter Sean Rowe’s big voice is part of the reason his new album has heft, but it’s not the only one.

His resonant baritone is matched on “The Darkness Dressed in Colored Lights” with powerful, well-made songs that range from somber to soaring. Taken together, the album builds on the promise of earlier work, including “To Leave Something Behind,” a song that got Rowe noticed when it was featured in Ben Affleck’s 2016 film, “The Accountant.”

The new album opens with “What Are We Now” a mellow but muscular number that Rowe (rhymes with “how”) acknowledges was influenced by the pulsating urgency of Radiohead’s landmark album “In Rainbows,” though it doesn’t sound like a knockoff.

After that come two of the album’s best cuts, “To Make It Real,” which starts off gently but rises to a plaintive plateau, and “Little Death,” which features a tumble-down, piano-based chorus that gives it a celebratory feel reminiscent of early Bruce Springsteen. With lyrics that could pass for a New Year’s resolution about making a new start, the song ends with a flourish of horns that doesn’t undermine the Springsteen comparison.

On “I Won’t Run,” a moving love song with a deliberate country feel, Rowe added background vocals by guitarist Courtney Hartman after hearing her hum along in the control room. That was not a mistake.

Still, the album takes flight on the strength of Rowe’s voice. Almost a growl at times, it falls somewhere between George Ezra and Richard Thompson, with maybe a hint of Tom Waits.

Ultimately, though, Rowe doesn’t sound like anybody else — and that’s what cinches this as a dynamic new album, and Rowe as an artist on the rise.