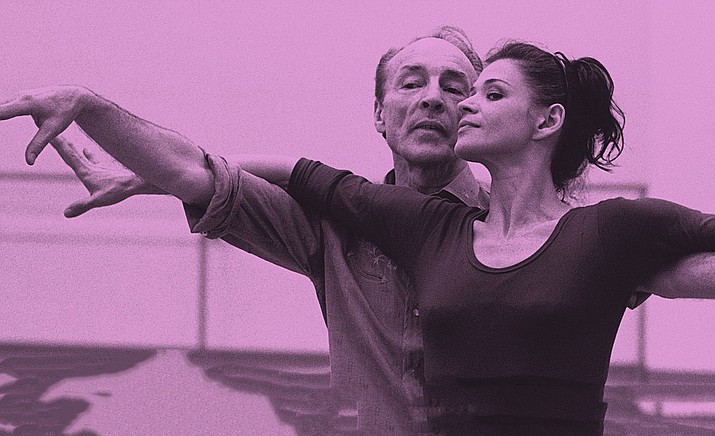 ‘In Balanchine’s Classroom’ takes us back to the glory years of George Balanchine’s New York City Ballet through the remembrances of his former dancers and their quest to fulfill the vision of a genius. (SIFF/Courtesy)

The Sedona International Film Festival presents a special premiere of “In Balanchine’s Classroom” on Sunday, Oct. 17, at 1 p.m. at the Mary D. Fisher Theatre, according to a news release.

Professional Ballerina and Sedona resident, Bonny Singer – who was a student of legendary ballet choreographer George Balanchine – will host the special premiere and take us behind-the-scenes of the ballet master.

Singer was a Professional Ballerina with the NYC Ballet, 1970-1981, the last great decade of George Balanchine. She danced in over 100 ballets – solo and Principal parts – including Apollo with Mikail Baryshnikov. She danced with the Zurich Ballet, Balanchine’s European company, and then became Ballet Mistress and Assistant to the Artistic Director for San Francisco Ballet for 11 years where she staged and rehearsed all of the Balanchine ballets.

“In Balanchine’s Classroom” takes us back to the glory years of George Balanchine’s New York City Ballet through the remembrances of his former dancers and their quest to fulfill the vision of a genius.

Opening the door to his studio, Balanchine’s private laboratory, they reveal new facets of the groundbreaking choreographer: taskmaster, mad scientist, and spiritual teacher. Today, as his former dancers teach a new generation, questions arise: what was the secret of his teaching? Can it be replicated?

Filled with never-before-seen archival footage of Balanchine at work during rehearsals, classes, and in preparation for his most seminal works, along with interviews with many of his adored and adoring dancers and those who try to carry on his legacy today, this is Balanchine as you have never seen him, and a film for anyone who loves ballet and the creative process.

“In Balanchine’s Classroom” will be shown at the Mary D. Fisher Theatre on Sunday, Oct. 17, at 1 p.m. Tickets are $12, or $9 for film festival members. For tickets and more information, please call 928-282-1177. Both the theatre and film festival office are located at 2030 W. State Route 89A, in west Sedona. For more information, visit SedonaFilmFestival.org.