Column: Honoring our Verde Valley veterans by telling their story 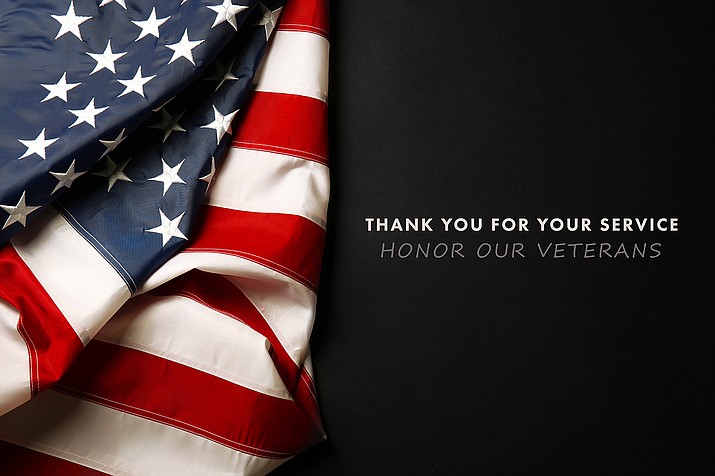 Want to share your story? Or, have a family member that is a veteran that you’d like to share about? Submit stories via email to editorial@verdenews.com, or use our online submission form at VerdeNews.com/veterans-day. (Independent stock photo)

One of my favorite special sections to work on every year in the newsroom is a veterans tab, and this November’s version from the Independent is surely going to be no different.

In case you missed our all call, check out Page 2 in today’s edition. We are asking local Verde Valley veterans to share with our readers their stories of service in the U.S. military for a special section that will be published in observance of Veterans Day.

Are you a family member of an American hero, and wish their story to be told? Send our way!

I myself have not served in our nation’s military. But, I have family and friends who have. Each person has their own story to tell. How they signed up, why they signed up, where they’ve been in the world because of their service. Each has a unique perspective.

My grandfather served in the Army during World War II as an MP (Military Police), but he never talked about those days much, mostly because I was likely too young.

My father, my uncles and my grandmother would share with me their memories when he came home on leave, and how excited they were to see him. And then sad again to see him go. But they all knew it was for a cause. For their freedom, and for mine.

My only wish was to hear more about his service from my grandfather himself, but he passed away when I was just 13.

My longtime friend, Jon, who is in the Army reserves, recently moved to the East Coast to continue his service. He likes to say he has more security clearance than 99.9% of people in the country.

I laugh every time, of course, knowing that he put me down as a character witness years ago and I had to be interviewed by an FBI agent so he could get said clearance.

Boy, was that scary. The FBI agent came to the front desk of the newsroom where I worked all those years ago, flashed a badge and asked for me by name. The looks on my colleague’s faces will be forever stained in my memory.

Of course after I told them later what was going on, it was something to laugh at for years to come.

Jon served two tours in Iraq when we were in our early 20s, using only email to communicate in those days. He was an ROTC kid in high school, and signed up for the Army after graduation. I’m glad he made it through those early days, and whatever he’s seen or done, he knows I’m here for him.

Lastly, my uncle Steven was a 20-year Navy man, serving several tours on the U.S.S. Carl Vinson, an aircraft carrier. He was a mechanic who was responsible for working on fighter jets.

I remember my other grandfather, Jerry (mother’s side), was able to go with his son Steven for 30 days on the ship, and took his camera to record the event. Of course this isn’t today where a cellphone can capture high definition quality video, he had to lug around the ship that 15-pound VHS video recorder.

This was right around the time “Top Gun” came out, so it was surreal to see what a ship like that really looked like, and how normal the crew was that interacted with my grandfather and uncle throughout their trip.

I’m sure there are many more stories I could come up with, but I think I’ll leave it to our Verde Valley heroes to tell their tales of heroism, honor, duty and courage.

If interested in submitting a story, send an email with photos to editorial@verdenews.com, or use our online form at VerdeNews.com/veterans-day.

Our readers certainly look forward to reading each story, and we at the Independent will be honored to share them in our Veterans Day section.