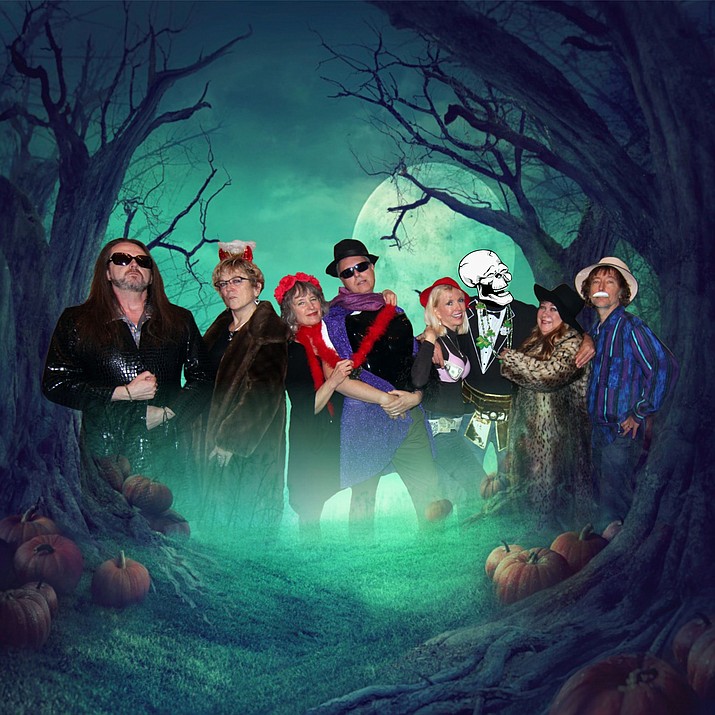 Where’s that spooky laughter coming from? Look no further than Zenprov Comedy’s “Ghostly Giggles” on Saturday, Oct. 23, at 7:30 p.m. at the Mary Fisher Theater in Sedona, according to a news release.

Tickets are $15, and seating is limited to 60 attendees.

“This is our favorite show of the year to perform. Halloween, monsters, aliens, and hyper children on sugar — it’s going to be a scary good time,” said Derek Dujardin, director of Zenprov Comedy.

The venue will host a maximum of only 60 seats of the available 109 seats so attendees can socially distance themselves. Masking is required when entering and exiting the theatre, but not when sitting in your seat.

The troupe is fully vaccinated, and the theatre has installed state-of-the-art air purifiers in the ventilation system that scrubs the air to eliminate viruses and cooties of all sorts.

As Patrick Schweiss, executive director of the Sedona International Film Festival, quipped to the audience at their last show, “You’ll be cleaner when you leave than when you walked in.”

Schweiss has called Zenprov, “The best comedy troupe in Arizona. People were laughing so hard at their last show their cheeks were hurting.”

If you’ve never been to one of their live performances before, Zenprov Comedy is similar to the popular improvised TV show “Whose Line Is It Anyway?”

The troupe performs a mix of fast-paced improvised scenes created in the moment based on audience suggestions and Chicago-style, long-forms such as “The Harold.”

Unlike sketch or standup comedy, nothing is scripted or prepared ahead of time, so it’s never the same show twice. Moreover, the troupe has been working with a world-renowned Second City improv coach from Chicago for the last 18 months to up their game to new levels of authenticity and humor.

For more than a decade, Zenprov has tapped into the rich source material that comes from living in a place steeped in spiritual seeking, small-town politics, UFOs, vortexes, radical vegans, and endless roundabouts.

So, while Zenprov Comedy may start in the New Age culture of Sedona, their otherworldly performances are grounded in the rock-solid fundamentals of quick-witted improvisational acting, inventive satire, and a constant search for the meaning of life hidden inside the great Cosmic Giggle.

Zenprov Comedy embraces the Del Close method of improv acting, which emphasizes the “group mind” that mysteriously develops during a performance. Miraculously, the player’s minds fuse together to create a “super mind” where they practically finish each other’s sentences—and often do. Laughter ensues.

Order tickets online at SedonaFilmFestival.com or purchases them in person at the Mary Fisher Theater in Sedona box office in person. They are $15. Shows are PG-13 and run approximately 90 minutes. Doors open at 7 p.m. Wine, beer and snacks are available in the lobby.