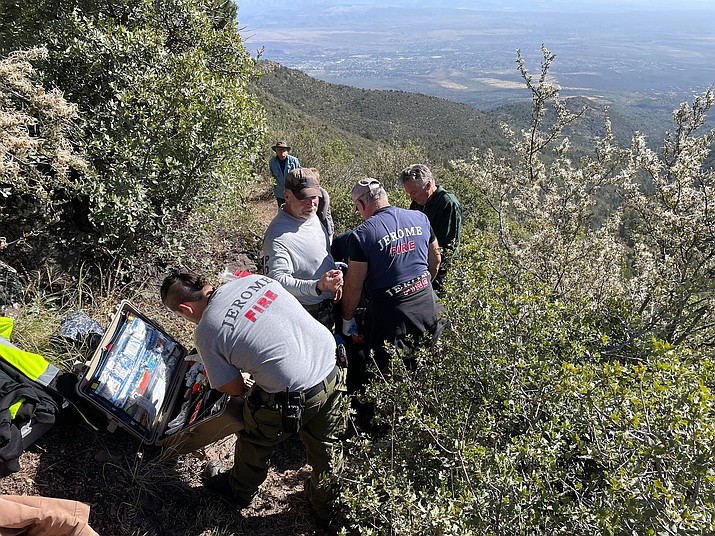 Jerome rescue crews had to hike over a mile on rugged trails to reach the woman. “Due to her location, trail conditions and dangers to rescuers,” the woman was short-hauled by a Department of Public Safety Ranger helicopter. 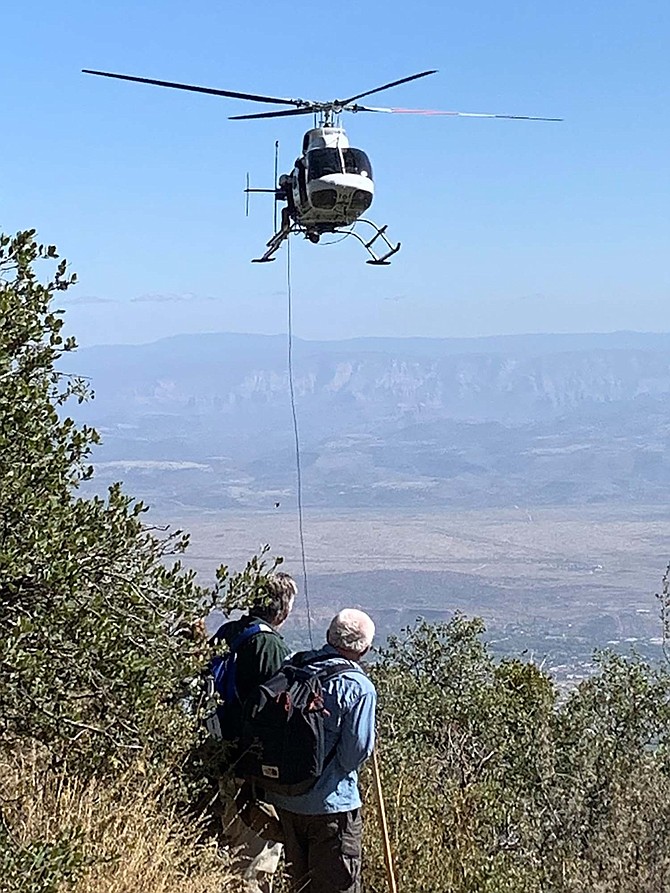 A DPS helicopter hovers over the site where a 66-year-old woman was rescued on Mingus Mountain after breaking her ankle Tuesday, Oct. 21, 2021. (Jerome Fire Department/Courtesy)