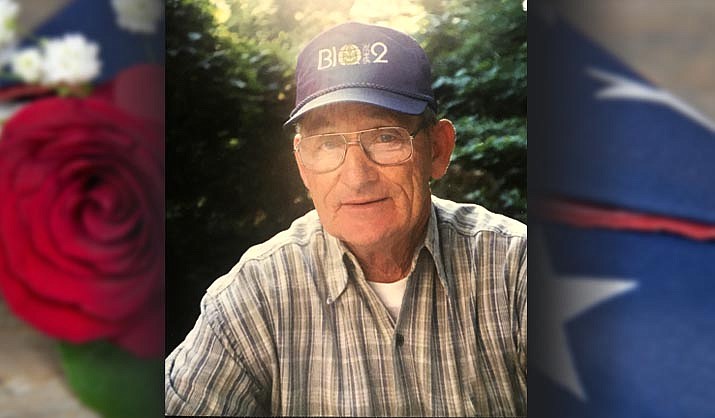 Charles Vance Carter, 88, of Camp Verde, Arizona, passed away on September 12, 2021. Vance was born in Blevins, Arkansas on December 19, 1932 to Clennia (Nash) and Arthur Bertrum “A.B.” Carter, who had three other children, Wallace, Betty Jo, and Mary Ruth, all of whom have preceded Vance in death.

Born during the Great Depression, Vance would recall stories of hardship as well as good times during his upbringing. Leaving school early, he joined the U.S. Navy and served in the Korean War aboard an aircraft carrier; the USS Oriskany. In May, 1955 he returned to Eloy, Arizona where he married Velma Lois Wilson, and together they had four children, Cindy, Colet, Kevin, and Colby. After marrying Lois, he attended Eastern Arizona College where he played football and then went on to obtain his Bachelor’s degree from Northern Arizona University and a Master’s degree in education from Arizona State University. He worked as a school teacher for over 30 years in Glendale and Sedona, Arizona. In over 30 years of teaching school he only missed one day, and that was to help one of his own children in a time of need.

Vance enjoyed life and was a devoted member of the Church of Christ for over sixty years. He raised a garden every summer while also working for the Sedona Slide Rock Store and the Arizona Forest Service. Vance loved talking about his ancestors, country music, traveling, and being with his children and grandchildren. One of his grandsons said it best, “he rarely bought us material things, this made us want to come spend time with him.” He will be greatly missed by all.

Vance is preceded in death by his parents and siblings as well as his son, Kevin (Lori). He is survived by his wife, Lois; his children, Cindy (Wayne), Colet, and Colby; his grandchildren, Brandon, Ryan, Colton, Jazmine (David), Brinn (Jon), Caden, and Cole; and his great-grandchildren, Lilly, Rose, Violet, and Jace.

A Memorial Service will be held at a later date. Condolences may be shared at www.buelerfuneralhome.com.