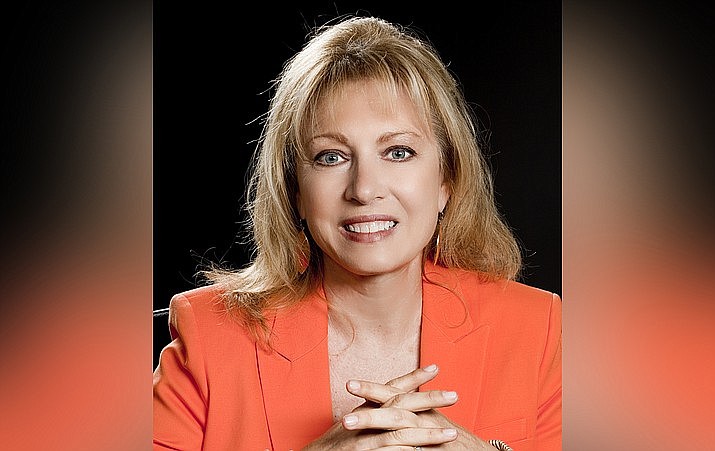 A few days ago the 2020 U.S. Census data, detailing to the community level, was finally released. It may have come as a surprise to many that the Village of Oak Creek showed no growth, in fact a slight decrease! Sedona resident counts were down by 350, and the entire Verde Valley reported only 3,000 increase – 650 of which was recorded by the Yavapai Apache Nation.

These numbers provide an important context for our community, as we look to the future. I hope you will take a few minutes to study the data, and consider what it reveals about the shifts in the fabric of our community and the greater Verde Valley region. With the surge in housing values during the last nine months, it’s probable that the resident populations in both the VOC and Sedona have diminished further.

The Community Plan Committee is currently compiling and packaging its draft reports for public review and comment. Please be on the lookout in late September for announcements. Your participation is a critical part of the process. (Subscribe to our mailing list at villageplan2022.org)

We’re pleased to report that the council approved the creation of the new Emergency Preparedness Plan Committee (EPPiC) whose purpose is to create a Disaster Resource Repository to provide the information needed in a Big Park Community emergency.

This new committee is a great opportunity to play a part in making our community as safe as possible in the event of natural or other emergency. If you’re interested in learning more or possibly being part of this group, send an email to info@bigpartcouncil.org.

On Aug. 12, Verl Cook, roads manager for the Yavapai County Public Works Department, provided an overview of how the department prioritizes resource deployment for storm damage. The County covers 8,128 square miles, including more than 1,500 miles of roads, 50 to 60 miles of which are in Big Park.

They use a triage approach with multiple departments working in tandem.

The first priority is to open roads, clearing damage such as washouts and trees. Once roads are open, they clean up, including removal of the debris and sweeping. Next, infrastructure repairs are made. The recent storms were widespread and not typical of monsoon isolated thunderstorms, creating a heavy workload that he estimated would take three weeks to complete.

We called for volunteers for the nominating committee, noting that this is the first time for the new procedure. A committee was formed by the council including Lenore Hemingway (in absentia), Joe Skidmore, Paul Sullivan and Gwen Hanna. Officer positions are president, vice president, secretary and treasurer. If you would like to learn more or be considered for a position, email info@bigparkcouncil.org.

Mary Pope welcomed Don Groves as the Representative candidate for the Sedona Golf Resort and Joe Sump as alternate for Solo de Paso.

Patty Reski reported a bank balance of $5,212, then called for volunteers for the Budget committee, with Neil Pope and Phil Cox volunteering. The 2022 budget will be presented in October.

We reported on further research into hybrid meetings for the council, noting that the county meetings and offices are closed again due to COVID-19.

As no volunteers have come forward to help manage the process, we will continue meeting via Zoom until a volunteer team can provide the necessary support. The council needs two volunteers to help with staging the meetings (second Thursday of month); one to manage mics in the audience, and a second who has expertise with the Zoom platform and A/V systems.

She explained that the committee’s proposed purpose was limited to what a volunteer committee could realistically do in coordination with various public agencies.

President Camille Cox served as P&Z Chair pro-tem for the Horse Mesa Ranch Use Permit discussion. She summarized the application requests and explained the committee’s review process and rating system. Trevor Korsten of AWD Law Group was introduced as presenter for the Applicant.

Korsten explained that the use permit requested was to continue operation of the facility in the same manner it has been for 40+years. He summarized the current use permit stipulations and explained the requested waivers for Section 564 Trailer Storage and Section 567 Screening Requirements.

Public outreach activity was outlined and he summarized support and concerns expressed by neighbors of the ranch and others. More than 850 letters of support have been received and seven letters of concern or opposition. Most concerns raised were about manure and dust control which have been mitigated. Overnight camping has been stopped.

Carol Fontana of Emergency Equine Evacuation (EEE) expressed the critical need for evacuation staging areas in the region in the event of an emergency, and the importance of HMR in this regard. She complimented the ranch’s facilities and management.

After discussion, a motion was carried unanimously to approve the rating and comments of the P&Z Committee. The council’s approved recommendation will be forwarded to the county.

Camille reported that 9 of 10 topic drafts have been presented and are being compiled and packaged for community review and comments.

Mary Morris informed the council that the USFS Environmental Assessment (EA) on the 64kV powerline is expected at the end of August. A comment letter from the council to the USFS, based on the Council’s approved direction, will be finalized after the EA is reviewed. This letter will also be shared with our elected delegates for their awareness and support.

A report of the July meeting submitted by Liaison Steve Fiedler was read. Projects underway including rumble strips and widening of the Cornville Road, State Route 179/Beaverhead Flat Road deceleration lanes, and milling and paving of State Route 179. The VVTPO encourages citizens to participate in the Legislative Redistricting project currently underway - information is available at Independent Redistricting Commission (az.gov).

The Sedona-Oak Creek School District approved a lease agreement for the Village branch to occupy the Big Park Community School library. The library hopes to eventually offer a broader slate of services and programs.

Literacy Center Programs have resumed at the schools. This program is all-volunteer team that works with individual children on reading and comprehension skills. Please respond to info@bigparkcouncil.org if you would like to learn more about this very rewarding volunteer opportunity.

Upcoming meetings: Regular meeting of the council is 9 a.m. Thursday, Sept. 9, via Zoom; Yavapai County Board of Supervisors review of the Horse Mesa Ranch Use Permit is scheduled for 9 a.m. Tuesday, Sept 15, (virtual meeting information available on the County website).

Camille Cox is the president of the Big Park Community Council.