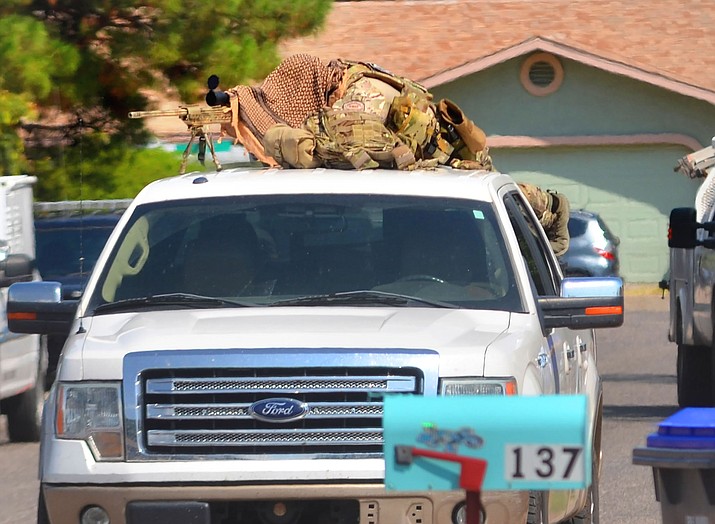 A Verde Valley SWAT officer lays down on top of a truck on the 100 block of South 9th Street on Thursday morning, Sept. 2, 2021, after several-hour standoff ended in the arrest of 33-year-old Cottonwood resident Devin Lee Sprecher. (Vyto Starinskas/Independent)

COTTONWOOD — Devin Lee Sprecher, 33, of Cottonwood, was arrested on multiple alleged felony domestic violence related charges after a standoff with Verde Valley SWAT on the 100 block of South 9th Street, according to a news release Thursday.

Officers were seen early Thursday morning, Sept. 2, with weapons drawn at the front of a house for several hours. A SWAT vehicle was also parked on the front lawn for protection. 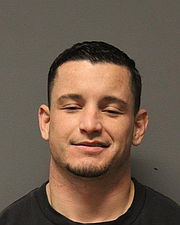 Due to Sprecher refusing to come out of the house, Verde Valley SWAT was dispatched and after several hours of negotiating and the team deploying “diversionary devices,” Sprecher turned himself over to law enforcement.

Cottonwood Police Department officers originally arrived on scene due to a third-party request for a welfare check from a family member who had “concerns about the two person(s) that reside at this location and suspected they were having a domestic dispute,” a news release stated.

“When officers arrived to the residence this morning for a welfare check, they were met by the adult female occupant who ran to the officers for safety,” Cottonwood Police Department spokesman Sgt. Chad Sinn said in a statement. “It was discovered this subject had been repeatedly assaulted throughout the night by her domestic partner, Devin Sprecher, and held against her will. The female victim sustained several injuries due to this assault, but nothing life threatening.” 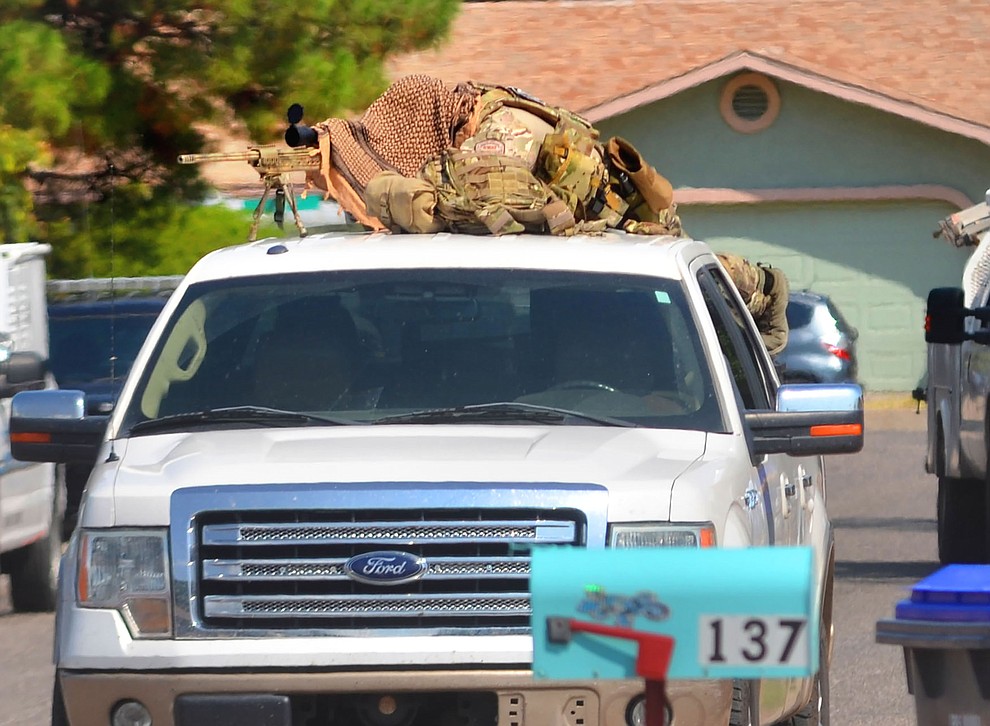 A Verde Valley SWAT officer lays down on top of a truck on the 100 block of South 9th Street on Thursday morning, Sept. 2, 2021, after several-hour standoff ended in the arrest of 33-year-old Cottonwood resident Devin Lee Sprecher. (Vyto Starinskas/Independent) 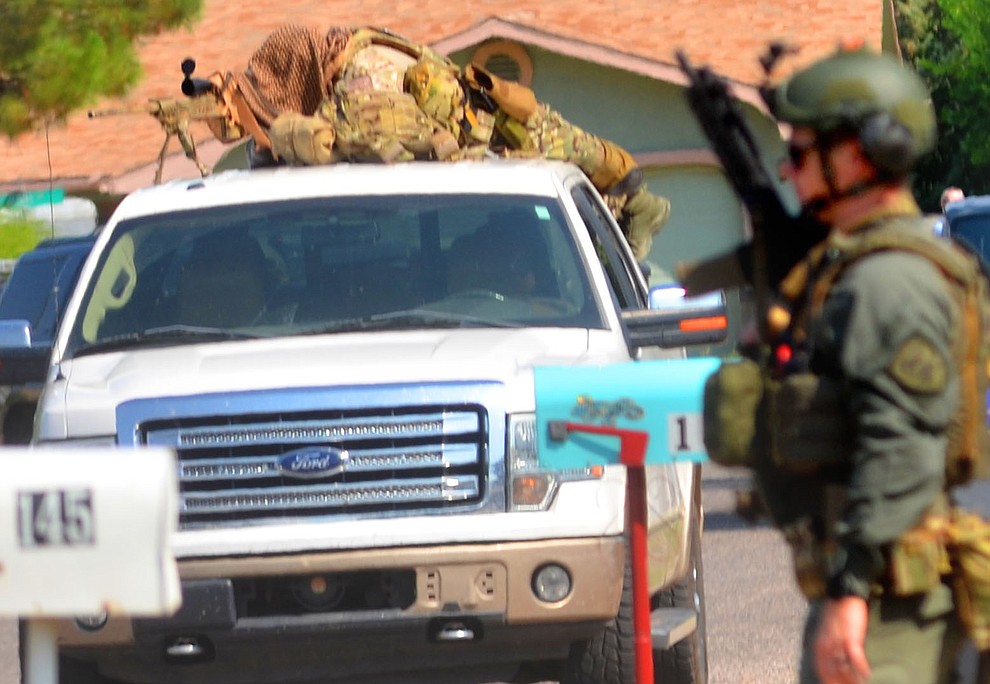 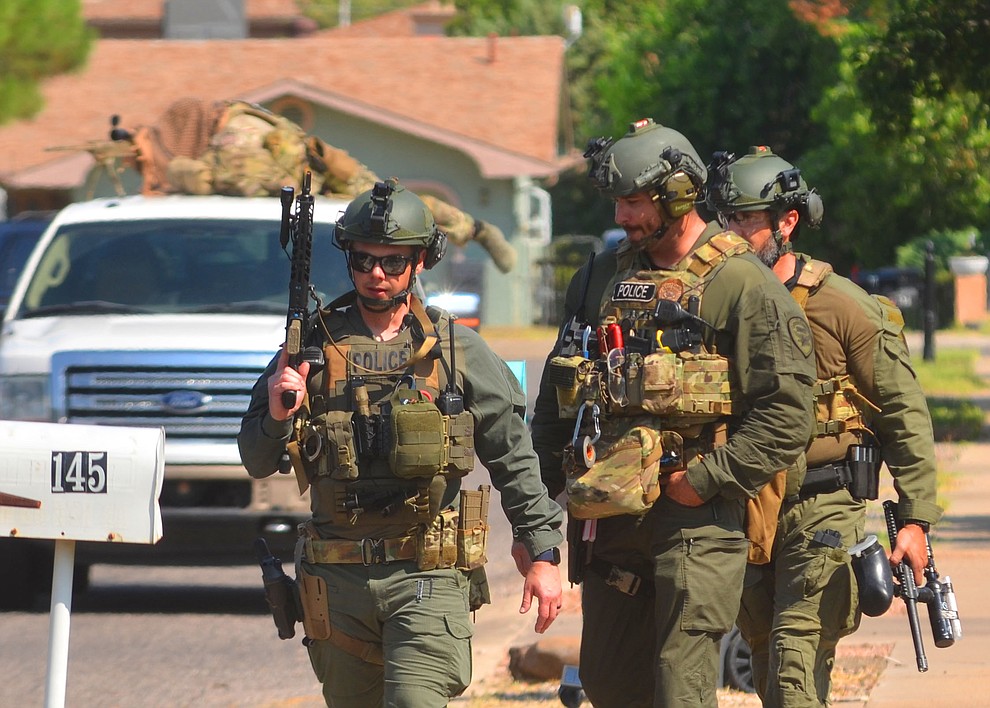 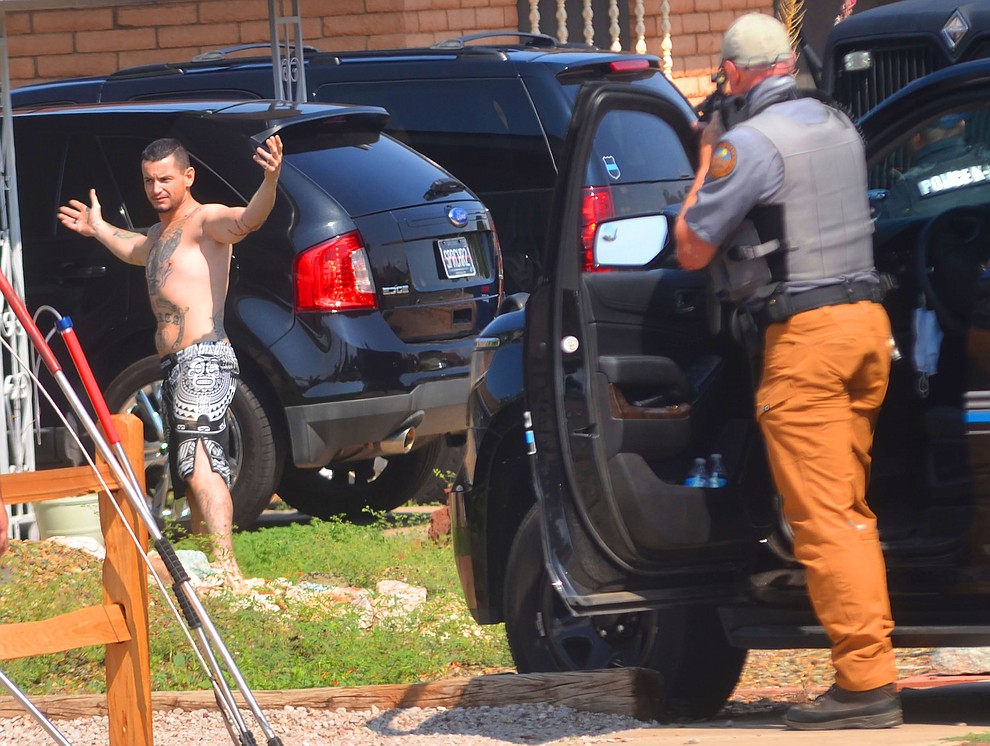 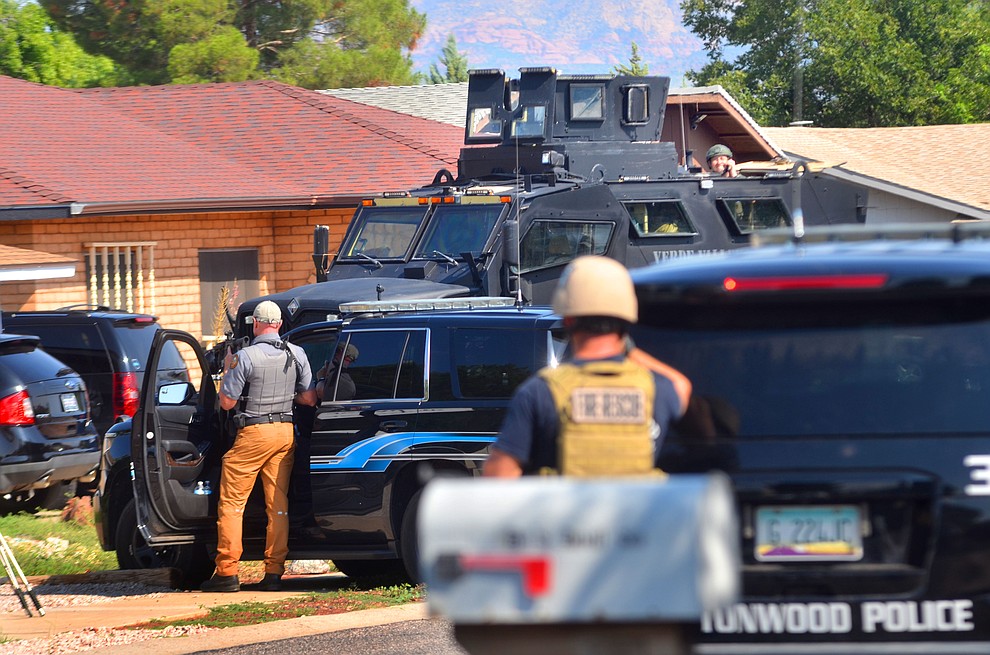 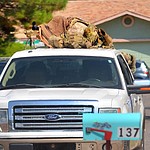 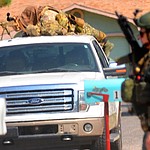 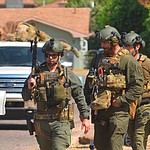 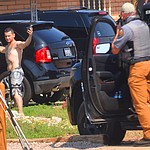 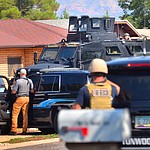 Sinn added that officers had prior knowledge of Sprecher being involved due to an unrelated call, which took place Aug. 26 where the suspect was arrested on a weapons charge involving a gun and threatening and intimidating per domestic violence.

Sprecher was booked into Yavapai County Jail at that time and is currently on court-ordered release conditions, which included that he was ordered to stay away from this residence on the 100 block of South 9th Street.

After the arrest, a criminal investigations unit was dispatched and served a search warrant on the home to collect any evidence related to the crimes.