Brandon Decker takes back Sedona with the Vortifest Music Festival 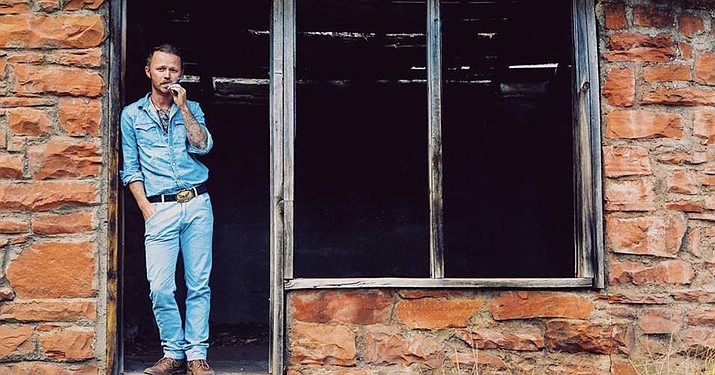 Brandon Decker wants to take back Sedona. And he’s doing with rock.

“When I moved to Sedona 14 years ago, there was tons of music. Tons of art. There was a real bohemian, underground feel that was romantic and super active,” explained the Sedona musician, who as a performer, is known as “Decker.”

“We’ve seen this unfortunate suffocation of community events and things like we used to do. This event is all about safely bringing an outdoor event with amazing live acts and fun for the whole family.”

Decker is talking about his newest creative brainchild, “VortiFest.”

The music festival is planned to be held outdoors on Saturday, Sept.11 at the Sedona Airport’s “Area One.”

“Tourism has drastically increased and hit epic numbers with COVID-19, sending travelers to more outdoor destinations,” he pointed out.

The festival grounds overlook the beautiful red rock mountain ranges of Sedona and “will be a breathtaking location for the new event,” according to Decker.

“The festival will feature DJs, food trucks, local craft beverages and artisan vendors as well as a kid’s zone, and kids 12 and under are admitted free,” Decker said.

Concert co-organizer Sedona Water Works has been a hub of the community over the last several years, he said.

“We aim to bring an event, not just for the community of Sedona, but all of Arizona,” explained Sedona Water Works’ David Schmidt, “after all the worry and uncertainty of the last year-plus, we aim to bring joy, music and art to a beautiful location and hope to lift people’s spirits, if only a little, and hopefully to continue doing this for years to come.”

Throughout the last 10 years, Decker has united local and other Southwest-based talent for Sedona-area festivals.

The Phoenix New Times stated that the musician, “has a vision unlike any other artist these days,” and has released eight studio albums. His voice sounds’ like he’s Roy Orbison’s rebel son, and he is a master guitar-player and showman.

Besides decker’s performance, the festival will also include Phoenix Afrobeat Orchestra, Phoenix-based acts Jerusafunk and The Blood Feud Family Singers.