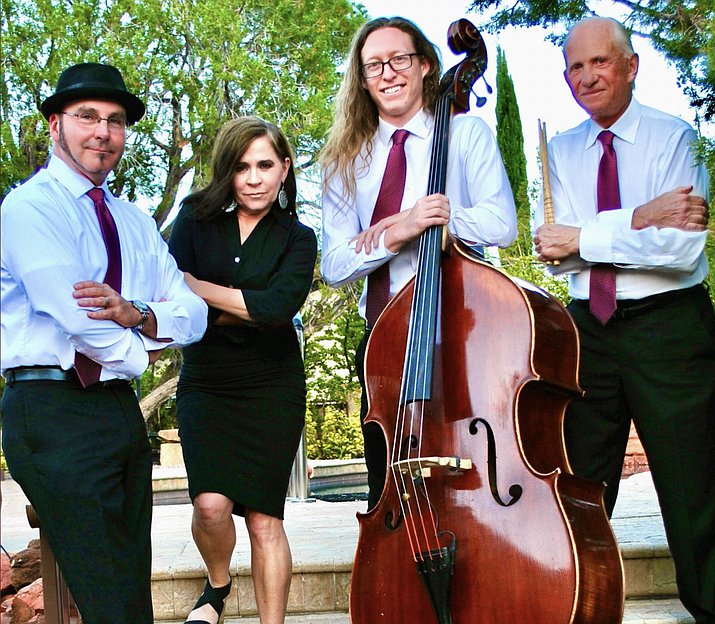 The Classics announce that jazz drummer, Floyd Roberson, will guest star with the band on Sunday, Sept. 12, at the Sound Bites Grill in Sedona, according to a news release.

Roberson began playing drums professionally with the Nat Story orchestra while still in high school. He then attended Southern Illinois University and majored in engineering.

During his college years, Roberson played for a number of groups of varying genres, including jazz, country-western and blues. After college, he joined the Air Force and, upon his discharge from the military, had a career in commercial aviation for more than 30 years.

Following his retirement, Roberson played with a host of musicians in the metro Phoenix area, including Renee Patrick, Beth Lederman, Judy Roberts, Margo Reed, Les Paul Roque, Joel Robin and many others. He has also played in the Prescott and Verde Valley community with artists, such as Eric Williams, Chris Berry, Steve Sandner, RD Olson, Robin and Eric Miller, Patrick Ki, Hutch Hutchinson and numerous blues and R&B groups.

Roberson joins lead singer Anne Johnstonbrown, pianist Eric Williams and bassist Chuck Murcko for a night of memorable songs of the past. Be sure to bring your dancing shoes for all the upbeat and danceable numbers the group will perform, such as “The Twist,” “I’ve Got You Under My Skin, “All of Me” and “Sway.”

And prepare to snuggle with that special person during a number of moving ballads, to include “When I Fall in Love,” “How Do You Keep The Music Playing,” “Georgia On My Mind” and “Chances Are,” just to name a few.