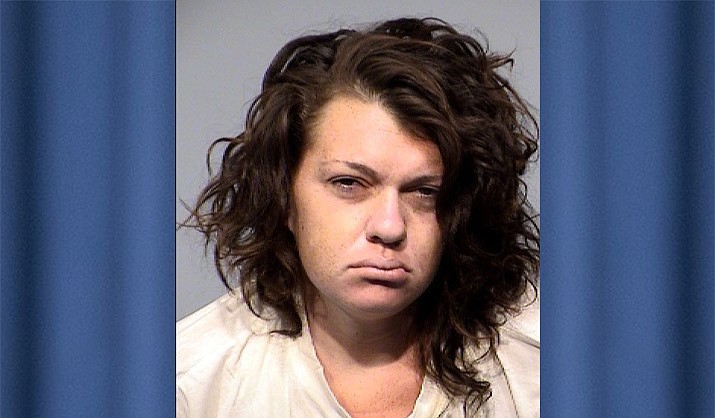 Madison Malone Snyder, 29, of Camp Verde, was arrested on Aug. 26, 2021, on multiple felony warrants and was found to be in possession of methamphetamine and fentanyl pills. She was sentenced to three years in jail on Wednesday, Sept. 8, 2021. (CVMO/Courtesy)

CAMP VERDE — A 29-year-old woman who was arrested for multiple felony warrants and was found to be in possession of methamphetamine and hundreds of blue fentanyl pills was sentenced to three years in prison this week, according to a news release Thursday.

Deputies with the Camp Verde Marshal’s Office responded to a report of a suspicious person located at a gas station off Interstate 17 and State Route 260 at 12:30 p.m. Aug. 26.

Upon arriving on scene, deputies made contact with 29-year-old Madison Malone Snyder.

“Deputies were able to gather information that made them believe that she had recently ingested illicit substances,” CVMO spokesperson Lt. Stephen Butler said in a statement.

After the deputies placed Snyder under arrest for the felony warrants, she was found to be in possession of methamphetamine and 387 blue pills that were identified as fentanyl with a street value of approximately $7,740.

On Sept. 8, Snyder took a plea agreement and was sentenced to three years in the Arizona Department of Corrections.