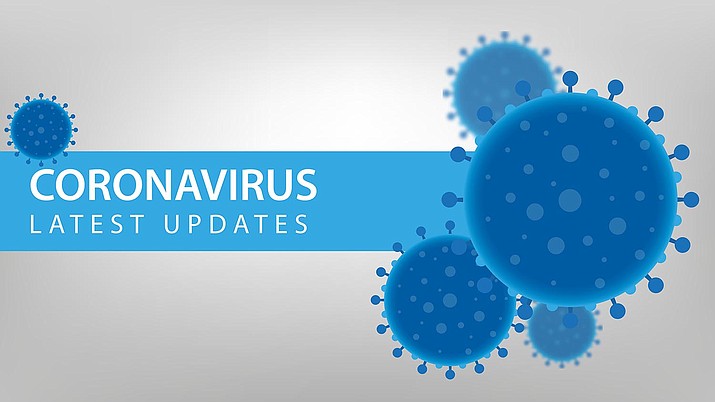 YCCHS originally reported 277 cases over the three-day weekend on Tuesday, Sept. 7, according to a news release, and has since added 65 new cases to the COVID-19 dashboard on yavapai.gov/chs as of Thursday morning, Sept. 9.

In the same time frame, 420 people were hospitalized and 373 of them, or around 89%, were not vaccinated against COVID-19. 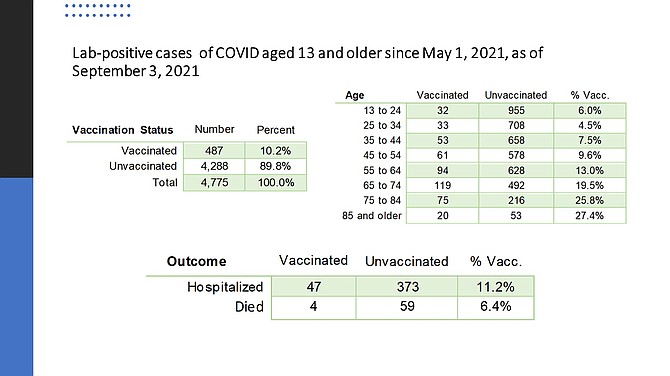 This chart from Yavapai County Community Health Services shows lab-positive COVID-19 tests for people ages 13 and older from May 1 to Sept. 3, 2021. (YCCHS/Courtesy)

The Arizona Department of Health Services on Thursday reported 2,480 additional confirmed COVID-19 cases, with 2,071 patients occupying hospital beds. It is the 10th straight day that the ADHS has reported more than 2,000 hospitalizations in the state.

The state's virus-related hospitalizations peaked at 5,082 on Jan. 11 during the winter surge.

The Mu variant was first discovered in Colombia in January, and has since spread to 40 countries and is now found in 49 states in the U.S.

The World Health Organization (WHO) says it is mutated in a way that shows potential properties of immune escape, meaning it may have the ability to evade immunity from a previous COVID infection or vaccination.

“The U.S. saw its peak of Mu variant cases in mid-July but case numbers involving that variant have been declining since, signaling either a weakening of the strain or indicating a worrisome future. The key questions are whether Mu is more transmissible than the currently dominant variant, delta, and whether it can cause more severe disease,” YCCHS spokesperson Terri Farneti said in a statement Tuesday.

The Associated Press and YCCHS contributed to this report.