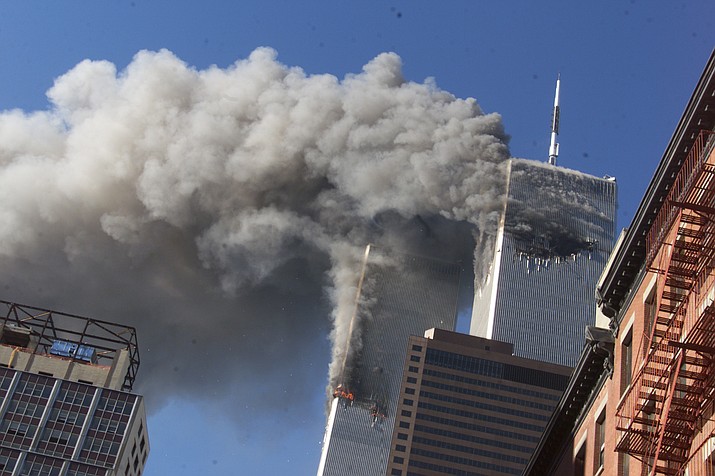 Smoke rises from the burning twin towers of the World Trade Center after hijacked planes crashed into the towers on Sept. 11, 2001, in New York City. The Sedona Police and Fire departments are scheduled to host a remembrance ceremony Saturday, Sept. 11, 2021. (Richard Drew/AP, file)

SEDONA — On Saturday, Sept. 11, at approximately 9 a.m., the Sedona Police Department and Sedona Fire District will hold a remembrance ceremony for the 20th anniversary of 9-11, according to a news release.

The ceremony is scheduled to be held at Fire Station 6, 2675 State Route 179, Sedona, near Chapel Road.

“Please be aware, during the ceremony there is a planned gun salute and a helicopter fly over,” a news release stated Thursday, Sept. 9. “The gun salute will have a total of 21 blank rounds shot into the air, which will be loud and echo throughout the city.”

Sedona Fire officials said this is advanced notice of the planned event is to minimize any resident concerns during the ceremony and loud noise from the gun salute.

The public is invited to attend the ceremony. Plan on arriving by 8:30 a.m. to find parking and be in place for the start of the ceremony no later than 8:45 a.m.