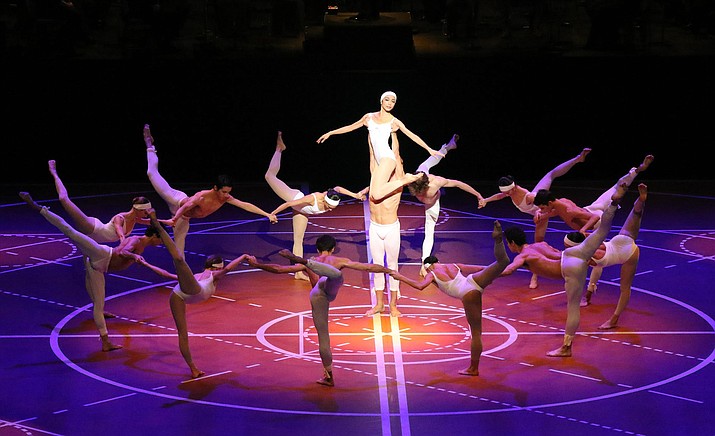 The Sedona International Film Festival presents Ballet in Cinema on Sunday, Sept. 19, when it hosts the big screen premiere of “The Ninth Symphony” from Tokyo. There will be one show at 1 p.m. at the festival’s Mary D. Fisher Theatre, according to a news release.

Maurice Béjart’s compelling staging of Beethoven’s Ninth Symphony has been enchanting audiences worldwide since its inception and its idea of universal brotherhood remains highly topical.

“Alle Menschen werden Brüder” (All men will be brothers) is the powerful message communicated by the unforgettable music and choreography.

From the stage of the NHK Hall in Tokyo 250 dancers and musicians send this message out into the world. “It is a ‘manifestation,’ in the deepest sense of the word.” Maurice Béjart.

Although the ballet was planned purely as an interpretation of Beethoven’s music, Béjart added texts from Nietzsche, Schiller and others to the program notes. These texts underline the major theme of universal brotherhood, a union of races and peoples culminating with the 4th movement’s “Ode to Joy” and that “All men become brothers.”

“The Ninth Symphony” will be shown at the Mary D. Fisher Theatre one day only: Sunday, Sept. 19, at 1 p.m. Tickets are $15, or $12.50 for film festival members. For tickets and more information, please call 928-282-1177. Both the theatre and film festival office are located at 2030 W. State Route 89A, in west Sedona. For more information, visit SedonaFilmFestival.org.