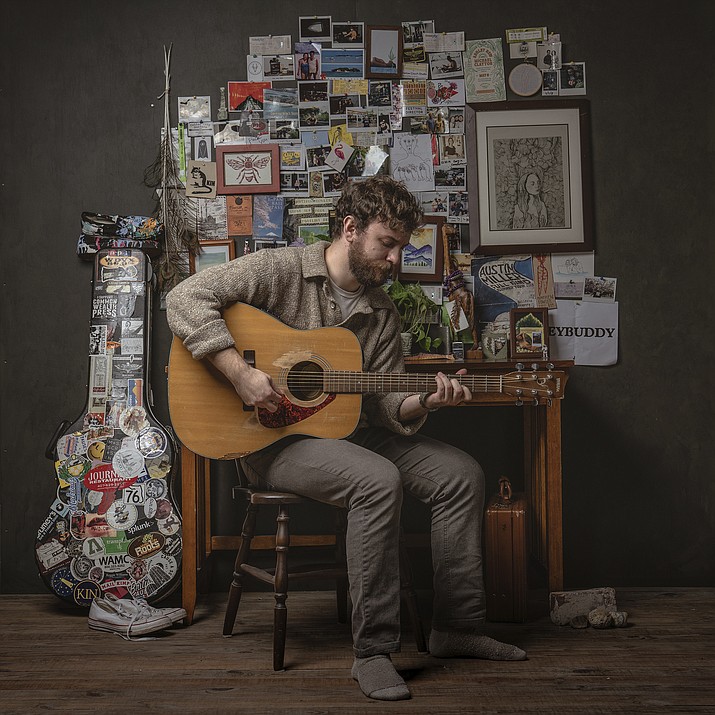 His new album, “The Grief We Gave Our Mother,” combines clean, crisp guitar playing with Fowler’s warm, wistful tenor and tight background harmonies to deliver well-crafted songs that change speeds and create moods with the sure-footedness of a more seasoned artist.

Likened to singer-songwriters Ray LaMontagne and Damien Rice, Fowler belongs in their company in more ways than one. The native Floridian’s singing is robust and honest, the songwriting introspective. His themes revolve around personal growth and regret, and while the album occasionally veers toward ponderous self-absorption — another tendency he shares with LaMontagne and Rice — the singing and playing are usually polished enough to power Fowler through the cloying parts.

That happens most successfully on the album’s first single, “I’m Still Trying,” a jaunty and original song that belies its wistful lyrics. The song weaves together three distinct melodies and casts Fowler’s expressive and rangy singing and jangly guitar-playing in the best possible light.

In lyrical intensity and tone, Fowler might be more aptly compared to Glen Hansard, especially on the opener, “Marianne,” and “Going Nowhere.” He tends toward similarly earnest “I believe” type declarations, though the sound is his own.

On “Rooftops,” an optimistic song about his career hopes, Fowler applies the achy aura that permeates the entire album to his ambition.

The yearning gives the song its motor. The singing and playing, here and throughout this album, is promising enough that he just might get his wish.