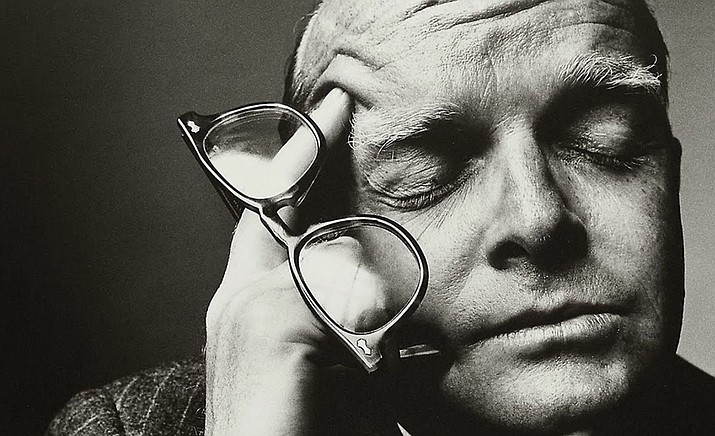 Through never-before-heard audio archives and interviews with Truman Capote’s famous friends and infamous enemies, “The Capote Tapes” reveals the rise and fall of one of America’s most influential writers and public figures. (SIFF/Courtesy)

The Sedona International Film Festival presents the northern Arizona premiere of the award-winning new documentary “The Capote Tapes” showing Sept. 17-23 at the Mary D. Fisher Theatre, according to a news release.

In the 35 years since his death, Truman Capote has remained a source of curiosity, and his works have maintained a strong place in the global literary canon.

“Answered Prayers” was meant to be Capote’s greatest masterpiece, an epic portrait of New York’s glittering jet-set society. Instead, it sparked the downfall of the iconic author of “Breakfast at Tiffany’s” and “In Cold Blood.”

Through never-before-heard audio archives and interviews with Capote’s famous friends and infamous enemies, “The Capote Tapes” reveals the rise and fall of one of America’s most influential writers and public figures.

It would be easy to think of Truman Capote as a victim of this new form of celebrity. But was Truman a victim or was he fighting to remain the master? He turned the qualities that had made him popular amongst the hoi polloi — both his literary mastery and his taste for scandal — against them. He was a writer who knew exactly the power of his storytelling, and who delighted in the chaos it could cause.

Is the tragedy Truman’s messy decline? Or is it that 20th century America’s best prose writer never got to finish his novel? This is the story we haven’t been told about a man who has never truly been heard — the story about the unbridled courage of the artist, the love of the parent, and the real cost of genius.