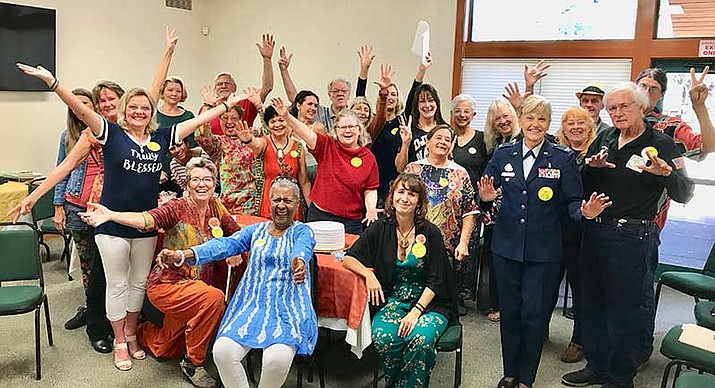 In the Human Library, you “borrow” a person instead of a book. As a “reader,” you listen to and experience truth telling stories shared by “Human Books” who have been challenged by prejudice, according to a news release.

“Can a community become aware of and begin to dissolve the hidden or even blatant judgments, prejudices and stereotypes that create division, breed discord, contribute to misunderstanding and erode community spirit among its people,” asks Margaret Joy Weaver, board president of Sedona International City of Peace and event manager. 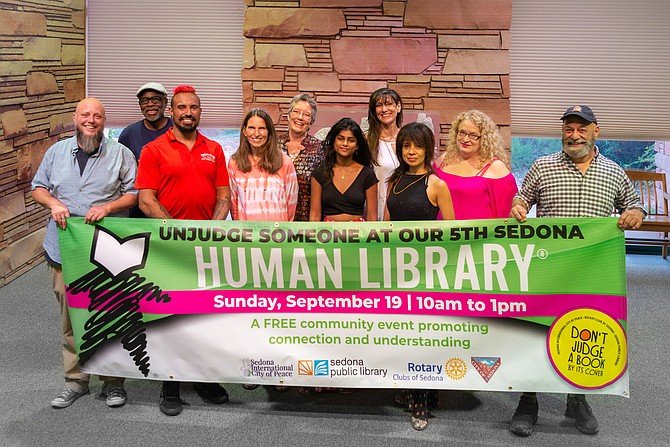 The Human Library is an international social movement that began in Denmark in 2000. Its mission is to create safe spaces for difficult dialogues to take place with the intention of generating greater empathy and social harmony within the community, according to a news release.

“The Human Library publishes people as open books to challenge stereotypes and prejudices through dialogue,” Ronni Abergel, founder of the Sedona Human Library, said via the group’s Facebook page.

The event is free. Simply bring yourself, friends and loved ones to open your mind and expand your heart taking a bold brave step toward bringing harmony to our community.

Examples of this year’s books:

He was considered dumb and lived as a dropout, liar, thief, drug addict and alcoholic. At 18, he thought his life was over when his house was raided. With a mohawk and tattoos he receives stare-downs despite at 32 he is a loving father, fulfilled husband and leader of a company and nonprofit serving our community.

Shortly after arriving in America at age 15, she removed her hijab as high school students moved from the table when she sat down. She was bullied and mocked by fellow students with Muslim prayer calls. While in Greece, she was called a terrorist by an agitated Muslim refugee. As a film major in a male dominated industry, she is challenged when speaking her ideas.

He has experienced rejection from fundamental Christians for his Mystic beliefs, and from new thought religious communities for his conservative values. In speaking his truth, he has experienced isolation from friends and colleagues. He has even been called a member of (the) “fascist right.”

After spending years hiding in the closet as being gay and HIV positive, he finally came out, yet often could not get housing on many occasions. He was told in sixth grade on his dream to be a teacher, “You need to be realistic.” In 2006 he retired after 32 years as a teacher and wrestling coach.

As a white male he is often seen as white-privileged, non-empathetic, paranoid, a red neck, a racist and uneducated. As a gun owner and conservative Libertarian there are assumptions of his lifestyle that are far from his experience.

As a member of the LGBTQ+ community, and a woman – she was told not to consider a job she wanted and pursued with great success. She has been asked to “prove” her marriage to access benefits straight couples enjoy. And prior to marriage equality, she spent thousands on legal protections. She leads a very public life which has her address the prejudices often.

One woman’s 30-year healing journey of living with Dissociated Identity Disorder brought on by the trauma of severe childhood sexual abuse. Her compelling story describes the internal process of this controversial disorder.

Wrongfully terminated, sexually harassed, skipped over in a promotion for being the wrong gender, physically assaulted on the job, wrongfully accused for rape has required deep forgiveness and finding ways to encourage communication and understanding.

The Sedona International City of Peace is a 501(c)3 nonprofit corporation, visit SedonaInternationalCityOfPeace.org.