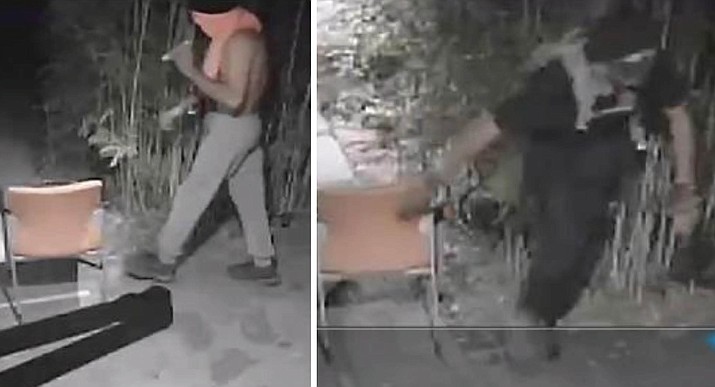 The Sedona Police Department is searching for two suspects who allegedly broke into a Sedona marijuana dispensary on the 400 block of Jordan Road on Sept. 12, 2021. (Sedona PD/Courtesy)

SEDONA — The Sedona Police Department is asking the public’s help in identifying two male suspects who broke into a local marijuana dispensary and stole several items before fleeing the scene, according to a news release Tuesday.

The two male suspects are described as having medium to dark-brown skin. Suspect one was wearing all black with a dark-colored facemask, black beanie, brown gloves and gray shoes, according to Sedona PD spokesperson Sgt. Michael Dominguez.

At 11:28 p.m. Sept. 12, suspect one used a chair to break the glass entrance door at the marijuana dispensary on the 400 block of Jordan Road in Sedona.