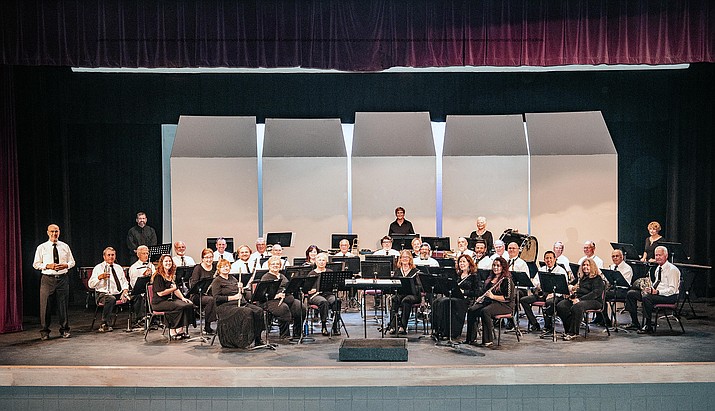 The Cottonwood Community Band is happy to announce they will be performing their Fall Pops concert at the Phillip England Center for the Performing Arts in Camp Verde on Sunday, Sept. 26, at 3 p.m., according to a news release.

It will be the first official performance under the direction of Jeff Bowell, who assumed the role of director in June and has prepared the band for its first concert since December 2019.

“It’s been a long time coming, but we think the program will have a little something for everyone, including the kids, so why not spend a Sunday afternoon listening to some great concert band music,” Bowell said. “Bring the young ones too! As usual, the concert is free of charge making it the best musical bargain in town.”

The first half of the concert will include a variety of music including a visit to New York City in 1927, a Hoedown, a Leroy Anderson waltz, a spooky tribute to Halloween, a moving piece written in tribute to pandemic first responders, and a rousing march.

After the break the band will feature some of your favorite music from the movies and television, including a medley of Disney favorites, another featuring the spectacular music of John Williams, with the music from The Wizard of Oz for a finale.

Because the Phillip England Center for the Performing arts is such a great facility, the band is considering making it a permanent home for all of its concerts and will not be performing a concert in either Cottonwood or Sedona this year, as they have in the past, a news release stated.

“We think the musical experience available at Phillip England is superior to any other venue in the Verde Valley and will make it worth the short drive to Camp Verde,” Bowell said. “We sincerely hope that our Cottonwood and Sedona friends will agree.”

The Phillip England Center for Performing Arts is located at 210 Camp Lincoln Road in Camp Verde, adjacent to the Camp Verde school complex.

The band asks that those attending please wear masks to protect others in the audience, and consider receiving COVID-19 vaccinations prior to attendance.