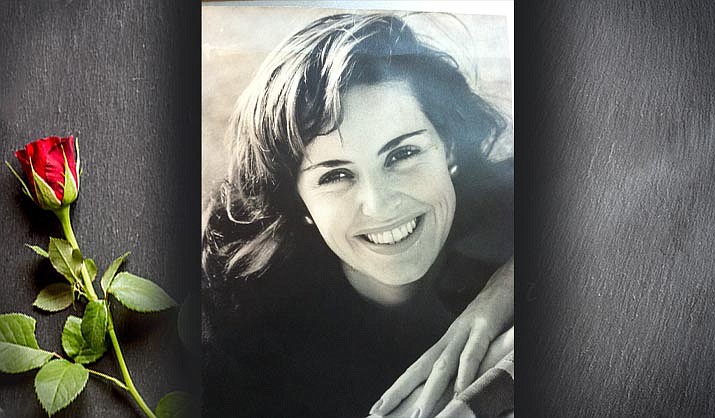 On Saturday, September 4, 2021, Rosemary Leone Johnson (affectionately known as Sunshine) loving mother and grandmother passed away at the age of 87 in Cottonwood Arizona. Rosemary was born on August 23,1934 in West Hollywood, California. She grew up during the Golden Age of Hollywood and gained appreciation of classic glamour.

Rosemary was known for her quick wit, infectious smile and a kind compassionate spirit. She had an endless source of energy, resilience, and a zest for adventure. Rosemary had a passion for painting, interior decorating, and design. She was a realtor and an antique dealer in Benson, Arizona. She was a furniture store owner with her brother, Jimmy in Venice Beach, California. She moved to Sedona, Arizona in 1974 and fell in love with the state of Arizona.


Rosemary was preceded in death by her parents William and Helena Patrick, as well, her brothers, Joseph and James Patrick. Rosemary is survived by her three daughters, Debbie Heinrich (Neal), Emily Rykhus (Steven) and Dana Zeledon Shill (Edward), and a son, Don Zeledon Jr. She had five grandchildren, Michelle, Michael, Eli, Nicole and Marshall and five great-grandchildren, As well, her loving dog, named Prissy.


Graveside services will be held at 10:00 a.m., on Thursday, September 30, 2021, at the Wickenburg Cemetery at 855 Kellis Rd, Wickenburg, Arizona. A luncheon will follow. Arrangements provided by the Bueler Funeral Home.