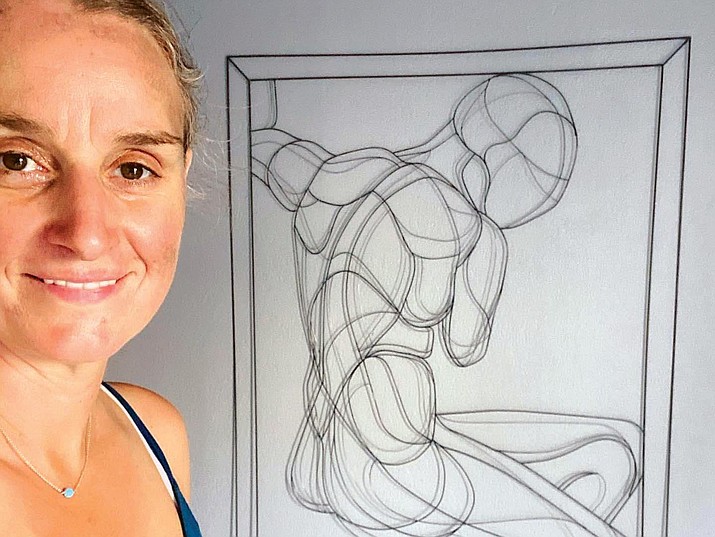 Mimi’s Open Studio and Gallery in Jerome is scheduled to host a featured artist reception celebrating the current artwork from Jerome’s own Jessica Laurel Reese, a sculptor, welder and figure artist pm Friday, Oct. 1, according to a news release.

Reese was born to two artist parents in Marin County, California, a day after the biggest flood of the century. She was raised in a Victorian farmhouse whose basement housed Studio 311, a fine jewelry business that her parents owned and ran for decades, and continues to create intaglio wedding bands today.

Inspired by creativity transpiring in her own dwelling, Reese turned to creativity herself at a very young age. Her mother, a former design professor at the Gemological Institute of America, nurtured her interest in the arts and began teaching her to draw at the kitchen table at the age of nine. Reese began taking formal painting lessons when she was 12, and worked exclusively in two dimensions until she discovered sculpture.

Reese studied sculpture at College of Marin for three years working in mostly plaster and steel and received the Marge C. Cutler Award for Excellence in Sculpture, until she transferred to California College of the Arts (CCA) located in Oakland, California. She worked in many media at CCA, ranging from interactive light and sound art to printmaking to metal arts to quilts. Reese graduated with Distinction from California College of the Arts in 2006 with a bachelor’s degree in fine arts, sculpture.

Reese moved to the Verde Valley in spring of 2009. She continued her creative pursuits in Arizona, which have involved two lines of jewelry, figure drawings, paintings, photography, performance poetry and event hosting.

She has shown in Flagstaff, Jerome, Sedona, and Cottonwood, as well as Oakland and San Francisco. Her most current work involves exploring the relationship between the second and third dimension, and creating plane and space with line through welded steel rod. She continues to create from her undying interest in the human figure, and takes great inspiration from natural phenomenon.

Start your October’s “Roam in Jerome” weekend. Refreshments and music by Sir Mighty on the House of Joy porch.

For more information, contact Mimi Romberger via email at mimi.romberger@gmail.com.