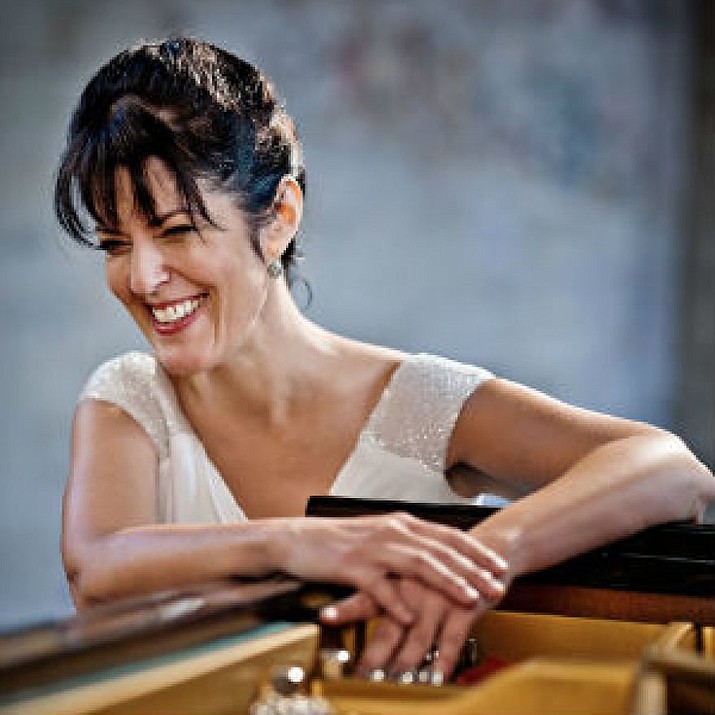 A special performance by world-acclaimed pianist Sandra Shapiro is scheduled for Sunday, Oct. 3, for 3 p.m. at the Sedona Creative Life Center, according to a news release.

Shapiro will perform a program “Songs my Savta, (Grandma) Sang to Me” and works by Scarlatti, Lavry, Mendelssohn, Chopin and Schuman.

“A sensitive, passionate and noble music … compelling … brilliant … liquid sound and colors … great artistry…” are descriptions that have been attributed to Shapiro.

Shapiro enjoys an active career as performer, teacher, adjudicator and recording artist throughout the United States and Europe. Known as a versatile performer, she appears as soloist both in recitals and with orchestras, and as a highly sought-after chamber musician in the United States and Europe. She has received national and international awards along with glowing reviews and recognition in each of these areas.

The 2017 season marked the debut of Ms. Shapiro’s four-part project entitled: “Musical Roots- An Exploration of Cultural Heritage and Musical Influences.” As the daughter and sister of Russian-Israeli immigrants, Shapiro has devoted Parts I and II of the project to examine the role each of these cultures has had in shaping her musical orientation and has chosen musical works to reflect her family’s journey and rich heritage.

Shapiro began her studies at the age of three and a half, and by age 11 was performing recitals and as a soloist with orchestras. Because of her prodigious talent, Shapiro left home at age 15 to study at the Juilliard School upon the recommendation of her mentor, Gina Bachauer.

Her teacher’s and greatest musical influences include Leon Fleisher, John Perry, Nadia Reisenberg, Pierre Sancan and Guido Agosti. Shapiro’s performances have taken her throughout most major cities in the United States and Europe. She has been featured in radio and television productions for RIAS Berlin; Sudwestfunk Radio Production, PBS; WQXR, NPR McGraw-Hill Young Artist Showcase, Australian Broadcasting Commission and NPR.

An experienced and recognized teacher, Shapiro teaches at the Cleveland Institute of Music and is highly sought-after for master classes, symposiums, faculty and student evaluations, and adjudication both nationally and internationally. Her students have garnered awards and top prizes in numerous competitions, as well as securing positions in highly-regarded schools and universities.

A member of the illustrious faculty of the Talent Music Master Festival in Brescia, Italy, Shapiro’s summer residencies have included the Montecito International Music Festival, MusicFest Perugia and the Cleveland institute of Music’s Summer Sonata program.

In 2019, Shapiro had the honor of serving Sabbatical replacement visiting faculty member at the Interlochen Arts Academy. Shapiro is a Steinway Artist.

The Red Rocks Music Festival takes place at Sedona Creative Life Center, 333 Schnebly Hill Road. The cost is $36 and tickets can be purchased at redrocksmusicfestival.com, or call 602-402-4551.