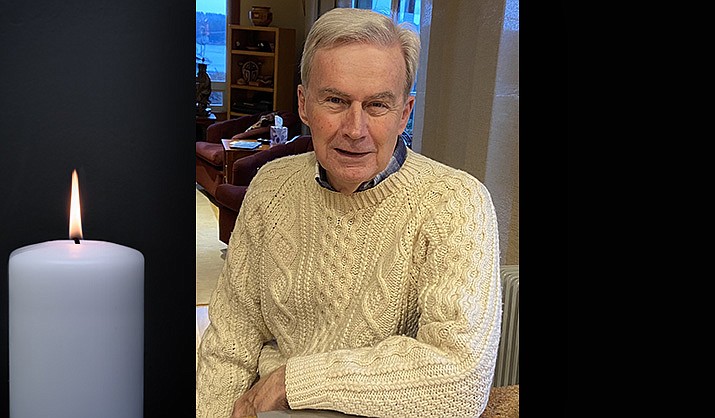 He is survived by his wife Bonnie who loved and nurtured him for over 50 years; his sons Andrew (Patty), Michael (Julia), and Jordan (Fujie); grandchildren Daniel, Ian, Liam, Eva, and Maia; brother Peter (Linda) and sister Libby Dale (Malcolm). He was preceded in death by his beloved parents Rex Becke and Peggy Becke.

Ian was born in Sydney, Australia. He graduated with a medical degree from Sydney University in 1971 and went on to a rewarding career as a physician for more than 40 years, both in the U.S. and Australia. He went overseas to the U.S. in 1973 and remained, as he felt it was the best place to live life.

He completed his medical residency at Overlook Hospital in Summit, New Jersey, in 1976 and entered private practice thereafter in Westfield, New Jersey. He moved to Cottonwood, Arizona, in 1979, and then to Bremerton, Washington, in 1996 to become one of the first hospitalists with Group Health. His career brought him immense joy. He loved nothing more than his interactions with his patients and colleagues. They in turn loved him.


After retirement, he and Bonnie traveled a great deal, including their last trip in August 2021 to Malta and Croatia. He was an enthusiastic member of the KUUF men’s book club for over 20 years. Ian enjoyed time in nature, hiking and gardening his entire adult life. He found a passion in later life for rowing and enjoyed the many new friends he made at Bainbridge Island Rowing Club. A friend described him as having lived a full life, full of zest and wit, and that was why people loved him so. Funeral arrangements have been made with Recompose. Ian felt this was a good way to re-connect with nature in his passing.

A celebration of his life will be held in late June. In lieu of flowers, donations can be made to North Kitsap Fishline in Ian’s name.