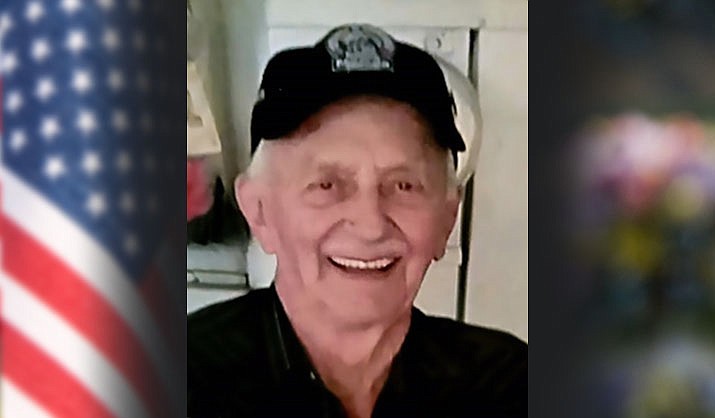 Ken Smith passed away unexpectedly into the arms of his Savior and Lord Jesus Christ on April 12, 2022.

He was born in Frankfort, Indiana to Kenneth and Helen Smith and was an only son with five sisters.

Ken was a man of many talents, a skilled tradesman, and entrepreneur, which included meat cutter, precast concrete employee, lineman and electrician for NW and Nickel Plate Railroad, and was the original electrician for the Verde Canyon Railroad in Clarkdale, Arizona.

Ken was also an auctioneer, convenience store district mgr, plus restaurant and bicycle shop owner. His latest endeavor was as owner/operator of Smitty Electrical.


Ken served his country in the National Guard and his community as a Coolidge, Arizona, City Councilman and was a board member for Sterling Ranch in Skull Valley, Arizona.


His hobbies included being a licensed Ham Radio Operator, wood worker, pie maker, and tending to the chickens in his backyard Double Yoke Ranch.


Ken never met a stranger and was often found drinking coffee at Starbucks or Duncan Donuts. He was a kind, humble and compassionate listener whose life’s goal was to “Serve the Lord with Gladness” PS.100:2

Memorial Service to be held at Verde Community Church, Cottonwood, Arizona, on Sunday, April 24, 2022 at 2 p.m.