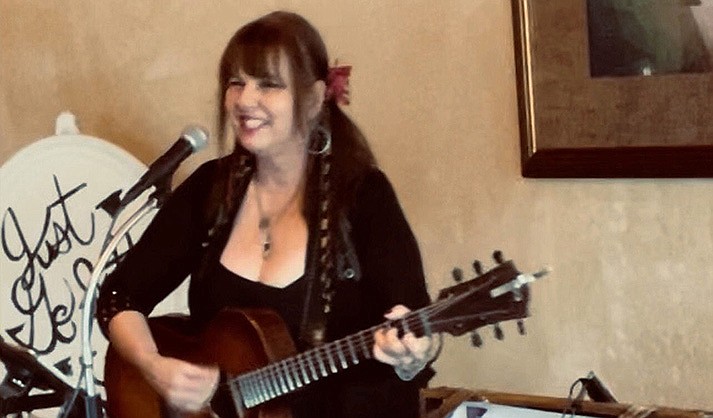 Local musician Christy Fisher will walk the red carpet on Aug. 6 at the Sandy Springs Convention Center in Atlanta, GA for the International Singer-Songwriters Association (ISSA) awards ceremony. Fisher is a finalist for two awards to be presented at the ceremony: Female Album of the Year for her 2021 release Mixed Signals and Female Single of the Year for “I Don’t Want To Love You (But I Do).”

Fisher has lived in Jerome since 1990. She began her musical journey as a teen with piano lessons. “I wasn’t interested in playing Beethoven as much as I was in playing Lennon/McCartney,” she said. “I taught myself guitar and started writing my own music. I had a little reel to reel player and stayed in my bedroom for hours.” 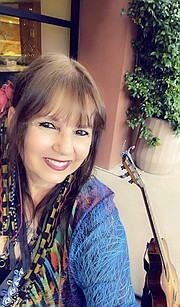 In addition to singing and making music, Fisher began to create her own clothing using bedspreads and curtains she picked up at thrift stores. “It was the 1960s,” she said. “There were no cool clothing stores in my area.” She lived in Central Florida at the time in a place that was a waypoint for bands touring major cities. “We had acts like Mitch Ryder, Sam the Sham and the Pharaohs coming through town,” said Fisher. “The guys in the bands were asking where I got my clothes.”

By the time she was 18, Fisher was creating clothing for artists like Frank Zappa, Eric Clapton, Jimi Hendrix and Warren Zevon to name just a few. On occasion, she was asked to sing backup vocals for other artists and eventually got her own recording contract. But Fisher refused to be “packaged” by the industry and the record deal fell through.

“The record company wanted to make me over,” said Fisher. “They changed the spelling of my name and added a moniker they thought was more appealing, wanting to call me ‘Krysti Starr.’ They tried to change my style and ‘sex me up.’ I hated the name and refused to wear the dress they wanted me to wear for an appearance on the Merv Griffin Show. The record company tore up the contract.”

Fisher continued to run a successful clothing and jewelry business for the next few decades, opening up her own shops including The Fool on the Hill in Jerome and three retail outlets in Old Town Cottonwood. She played music at home but it took a backseat to her other venture.

A few years ago, Fisher was invited to join The Jerome Ukulele Orchestra and found her spark for music again. She began performing with local legend John Zeigler in his band Mountain Stranded Time and eventually formed her own band, Cattywampus, playing major venues around the Verde Valley. But when Covid hit in 2020, all that came to a screeching halt.

Having found her love for playing music again, Fisher decided to keep her momentum going during lockdown. She built a recording studio in her home and began doing live broadcasts over the internet. The end result was the release of her new album, Mixed Signals.

“The album was fun to create,” said Fisher. “I got to work with some very talented people.” Fisher laid down basic tracks in her home studio, and then brought in sound engineer and musician Mark Gifford of Sedona as a co-producer and co-engineer. “We worked from two separate studios,” Fisher said, “bringing in players for live sessions as well as working remotely with some amazing people from other cities.”

Mixed Signals is a collection of Fisher’s original songs that puts her songwriting skills at the forefront. Its unforgettable hooks and distinctive melodies rooted in rock and Americana traditions led to the success of several tracks including the Song of the Year nominee, “I Don’t Want To Love You (But I Do).”

“This album has definitely opened some doors,” said Fisher. “It is such an honor to have made it to the top 15 in a worldwide competition. And, if I’m lucky, I might just come back to Jerome with a little statue in my backpack.”

The ceremony can be viewed on the ISSA channel on Roku TV starting at 9 a.m. on August 6. Fisher’s performance schedule can be found at christyfishermusic.com. Mixed Signals is available for streaming on all major platforms including Spotify, Pandora, YouTube and iTunes.