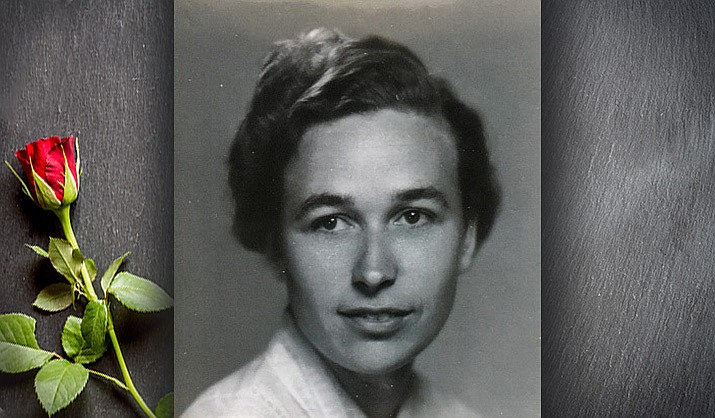 She spent her growing up years between Camp Verde and Long Valley. Her mother, Nellie Belle Perkins York Hough, managed the Long Valley Store for 30 years and June spent her summers there running wild in the pine forests and grassy meadows developing a deep love of nature and ranching life.

In the winters she lived and played along the banks of the Verde River. As a teen she relished riding herd for her Uncle Franklin of the Godard Ranch when they moved cattle from the Verde Valley to the mountains and back again.

When she graduated Camp Verde High School she had a full scholarship to study English at ASU and a job in the cafeteria arranged by her English teacher and her principal. Several of the ASU art professors encouraged her to concentrate on her painting. She discovered that she excelled in this field and began a lifelong pursuit of work in ceramics, painting, and printmaking.

In her second year at ASU she relocated to Humphrey in southwestern NY - briefly returning to ASU in the mid ‘50s to finish her Bachelor of Art degree. She pursued her artwork at her Humphrey studio/gallery “The Barn” where she taught all mediums and exhibited her work. She also attended the State Teachers College of Buffalo to receive a Master’s in Art Education.

She worked as a substitute art teacher in the area high school. In the early ‘70s the juvenile offenders at the Great Valley Youth Camp, participating in the highly successful art program which she developed, were invited to demo on the potter’s wheel at the state fair in the governor’s office.

She moved to a larger farm in Steamburg, NY where she also established a studio. She was honored with a Purchase Award from the Albright Knox Gallery for her woodcut of ducks entitled “The Baker’s Dozen.” Her series of Godivas were shown at a private gallery in Jamestown, NY.

John Waddell, renowned AZ sculptor and her mentor, featured an exhibit of her Godivas at his studio. The Galeria De Coralles in Albuquerque, New Mexico hung a one-person show of her work. Her work has been sold and is housed throughout the United States, Canada and as far away as Norway.

Amidst her work in the arts, she began her “Houyhnhnm Toggenburg” goatherd. Out of her breeding program came the show buck Wolf based on the bloodlines of Carl Sandburg’s wife’s world champion doe Jennifer the 2nd.

In 1986 she returned to Camp Verde for 20 more years - painting and raising her goats. Upon the death of her mother in 1997 she resumed writing - first an obituary and then short stories of life in the 1930s and ‘40s. These stories were eventually compiled into a narrative about her mother and growing up in the Verde Valley: “Nell’s Story, The Life and Times of a 20th Century Arizona Pioneer.”

In 2005 she left the Wingfield Homestead on Quarterhorse Lane and took her goats to the high desert off the grid, where they roamed and grazed freely on 80 acres adjacent to the Painted Desert and where she could gaze out at the beautiful undeveloped landscape - enjoying her memories as a mother, grandmother, great-grandmother, teacher, artist, goat breeder and author.

In 2009 she was recognized by the National Dairy Goat Association for her years of dedication and service. She has numerous works of art featuring the goats.

From 2015 - 2020 she spent the summer months in Uniontown, PA, marveling at the trees, walking along the trail, attending concerts in story square, painting and visiting family/friends in New York.

In 2017/18 she edited and published “Nell’s Story.” It is registered in the National Library of Congress.

The week before her death she was painting with her caregiver…