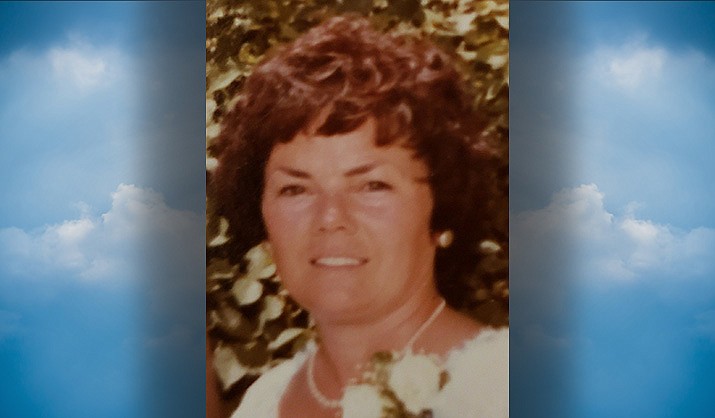 Our gorgeous lady, Elvira Mathews, joined the love of her life on July 25, 2022. Heartbreaking for us, but she is no longer suffering.

Mom was born to Nicolas and Catherine Metzler in Trier on the Mosselle, Germany on October 2, 1937.


During the WWII, Mom was a young child of 13 children, nine girls and four boys. Her father was French and her mother was German. When the war was over and Germany began to rebuild, Mom, a survivor of the brutal scars of war, grew into a beautiful woman with long, black hair.

She caught the eye of one GI Joe from America, Charles Glen Mathews from Camp Verde, Arizona. Mom didn’t speak English, so Dad learned to speak German. They would go to dinner and dancing anytime Dad had leave. While Dad was serving his duties in the Army Corps of engineers, Mom worked at a Volkswagen manufacturing plant in the speedometer dept. Drilling in the little screws, drilling her finger once, with a scar to prove it.

Mom also worked at a chocolate factory. She would laugh and laugh watching Lucille Ball, she told us kids that it was like that, it was fast and you had to keep up.

The most beautiful love story began, they were so deeply in love with each other. Dad asked Mom to marry him and move to America, this would mean leaving her entire family behind. Mom finally said yes! They were married in Germany. Having two children, Karin and Tony, before finally leaving for America in 1963.

Dad brought his beautiful German bride to Camp Verde, Arizona, from the city of Frankfurt, Germany. There were tumbleweeds rolling down a dirt road called Main Street, she wasn’t quite sure if she wanted to stay. The love for her husband and children became her world.

Mom loved her new family and friends in America.

Dad and Mom’s family would grow, their grandchildren: Buddy, Chipper, AJ, Daylan, Justin and Angela; great-grandchildren: Jackson, Reaghan, Prescott, Cooper and Levi brought so much joy to both of them. Dad and Mom taught us all to believe in God, family, honor, and country. They taught us right from wrong, to respect and be kind to others no matter who they were or where they came from.

Unfortunately, the love of her life would join the Lord at an early age of 59. It rocked her to the core, nothing would ever be the same. The heartbreak at times was so overwhelming. Working hard and forging ahead for her children, grandchildren, and taking care of the home they built together, kept her going.

She had beautiful roses and her yard was a carpet of green. Mom loved yard sales and estate sales. A lot of people knew her by name and knew you better be ready to negotiate.


Our family wishes to thank everyone for your love and support you have given. We would also like to thank the special community Mom lived in, you all always had a wave, a kind hello, or stopped and visited, Martha, Charlene, and Sandy, your kindness will not be forgotten.

We would also like to give a heartfelt thank you to her caregivers, Dara and Kelly, not an easy task, they were taking care of a feisty little German lady, they danced with her, they sang with her, they prayed with her, they loved and cared for our Mom til the end. You treated her like she was your own Mom; we will never forget.

Twenty-two years later she is once again in the arms of her one true love.

Funeral services will be held at Desert Willow First Assembly of God Church, 918 W. Hwy 260, Camp Verde, AZ on Saturday, August 13, 2022 at 10:00 a.m. Graveside service at Clear Creek Cemetery, followed by a reception at daughter’s home, across from Elvira’s home.