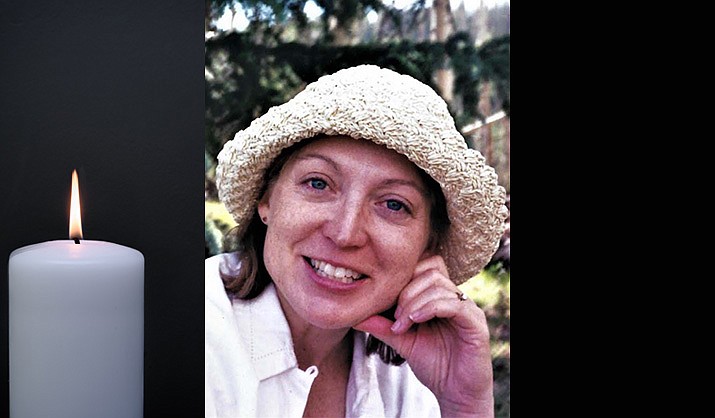 
Peggy Gerene Selden (Dickerson), Nana by many who loved her, entered into God’s comforting arms on Thursday, July 28, 2022 at her home in Cottonwood, Arizona.


Peggy was a loving Christian, wife, daughter, Nana, aunt and published author. She is survived by her husband, David, mother Darlene, sister Penny, brothers Dave and Terry and several nieces and nephews.

She was born and grew up in Moorhead, Minnesota and moved to Phoenix, Arizona in 1969. She graduated from Sunnyslope High School in 1975, attended Phoenix College and in 1989 graduated from ASU with a BA in Political Science. In 2003 she earned her second degree graduating from UofA with a post-baccalaureate degree in Education.


She had a love for God and her savior Jesus Christ. In late summer of 1986, God’s perfect timing allowed her to sell her first home just in time to become a Christian Ambassador for one year spent in Lewiston/Auburn, Maine.

Shortly after she returned to Phoenix in September ‘87, she met her husband and married in 1989. Over her years she worked as a medical transcriber, court reporter, 6th grade science teacher and in 2019 published “In Order to Bear Fruit,” a book on the nine fruits of the spirit after realizing how the chronological order that the fruits are listed fit the Biblical meaning of numbers in scripture, presented through E. W. Bullinger’s 1894 book “Numbers in Scripture, It’s Supernatural Design and Spiritual Significance.”

She had a love for the Word of God, her family, sewing, arts and crafts and being in the outdoors.