Get the blues this weekend at Sound Bites Grill 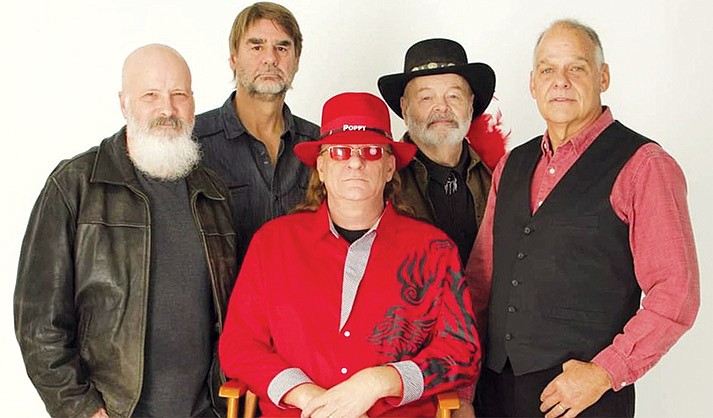 They say the Blues is the kind of music that makes you glad and sad at the same time, so strap yourself in Blues aficionados for a treat that will get you feeling them Blues like never before.

Poppy’s vocals are the personality and power that drives the band’s hard-hitting songs. On stage His energy oozes off the stage captivating every member of the audience.

He has developed a reputation for ‘getting crazy’ and devastating audiences with his high-energy style of Rhythm & Blues and Rock & Roll which showcases Poppy’s innovative harmonica playing.

Every member of his band is a powerhouse musician and performer in their own right, guaranteed to deliver a show everyone will remember long after it’s over.

If you love the Blues, this is one show you don’t want to miss.

Although formally trained with jazz and classical music degrees, his melodic style has always been influenced by the sounds of the Hawaiian slack key guitar. In addition to performing extensively in concert and at music festivals. Patrick Ki has released nine instrumental guitar and ukulele CD’s, in popular styles, including his latest album, “Kailua Days”.

Miller is romantic Latin guitarist, and a local favorite. After traveling throughout France, Italy, England, and Ireland, he learned and experienced each nation’s culture and beautiful music. It was when he arrived in Spain that he fell in love with the art of Flamenco guitar. Best known for his Latin Jazz music, Miller has written numerous songs and has many albums.

He has also written music for film and television.

Zang, his accompanist, is a percussionist and multi-talented drummer who really brings the beat to Sound Bites Grill. These two set the perfect mood to chill-out, as they fill the air with World Beat & Brazilian Groove Fusion – playing original songs, as well as popular covers you will know and love.

The Eric Miller Band is talented trio that takes you through Original Latin musicto Sting, playing the songs we have grown to love with newfound fervor and interpretation. This band specializes in providing the kind of dance music you just can’t resist moving to.

On Sunday, Aug. 14, it’s Jazz 7 juice, featuring Cory Spector, one of Sedona’s most animated musicians playing from 5 to 8 p.m. Dinner will be served during that time.

Sound Bites Grill is located at the Shops at Pinon Point adjacent to the Hyatt in Sedona. For more information please visit SoundBitesGrill.com or call 928 282 2714. Tickets can be purchased via website.