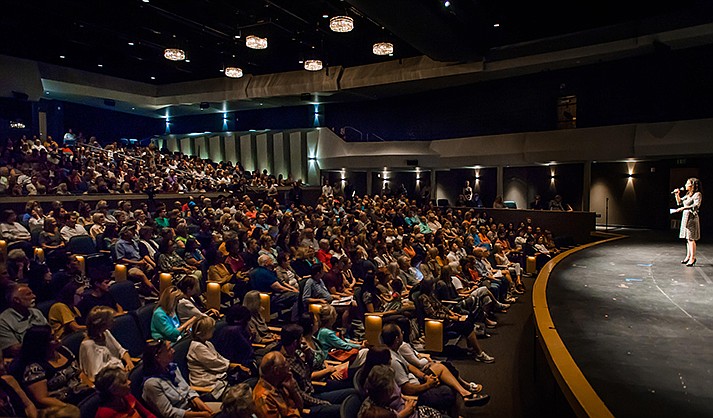 lluminate Film Festival is pleased to announce that its annual festival will return Nov. 5-13.

For eight years, Illuminate has made it their mission to discover and exhibit cinematic gems that elevate consciousness and inspire personal, community and planetary transformation. The festival has aimed to foster and advance the genre of conscious cinema, earning it a reputation as the nation’s leading festival of its kind and a haven where conscious films and filmmakers are discovered, industry connections are made, enlightened ideas are shared, and audiences are transformed.

Illuminate’s 2022 installment will continue to bring you the best of conscious film in a hybrid festival format, with both virtual and live components. It will be a scaled-back version of the annual gathering, featuring a weekend of in-person screenings, events and parties, followed by a week of virtual programming.

The centerpiece of the in-person celebration will be Saturday, Nov. 5 — a day of red carpet premieres, filmmaker Q&As, luminary talks and Reel Healing workshops at the Sedona Performing Arts Center, followed by a VIP party. More details on the programming will be revealed in the coming months.

The screenings can be viewed online in Illuminate’s Virtual Screening Room at illuminate.watch or on Apple TV or Roku through the Eventive app. The films and conversations will be recorded and available on-demand through Sunday, Nov. 13.

According to Illuminate’s executive director, Danette Wolpert, “This year, we’ll have fewer films but more impact potential… more ‘wow factor.’ We’ve planned a very different festival from those we’ve held in the past in order to adapt to the dramatic changes we’re seeing in the film landscape and the Sedona landscape from the pandemic. Our in-person events will be targeted to our local community, and our global audience, now from all 50 states and 84 countries, will be encouraged to watch and connect with each other online.”

In the meantime, Illuminate continues to offer programs year-round, including bi-monthly live virtual screenings and an ever-expanding curated catalog of on-demand films, which can be viewed anytime, from anywhere.

Illuminate’s mission to elevate consciousness and inspire lasting transformation is more vital now than ever before. “After two tough years, we are ready for stories that bring us less division and more harmony, less falsehood and more truth, less fear and more love,” says Wolpert. “Who couldn’t use a dose of that?”