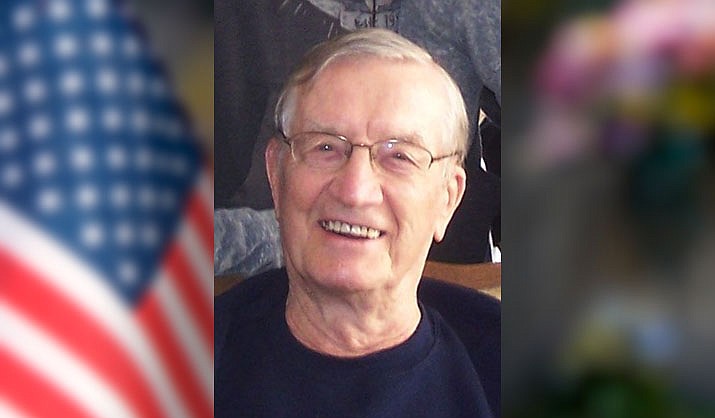 Following graduation and work on the farm, Leonard joined the U.S. Air Force (Korean War), received communications training in San Antonio, Texas, and was stationed in Turkey from where he was able to make an influential trip to the Holy Land.

Returning home, Leonard continued his education at Sioux Falls College in Sioux Falls, South Dakota, where he served as student body president. College is also where he met his future wife, Dorla Deane (Deane) Troyer of Arnold, Nebraska. They married Aug. 18, 1956, graduated from Sioux Falls College in 1958, and moved to California where Leonard pursued his Divinity degree from Berkeley Baptist Divinity School and Deane taught in the Oakland public school system.

Following the birth of oldest daughter Laura, and Len’s graduation from seminary, both in 1959, the family moved to Kalona, Iowa, to live and work while Leonard earned his Doctor of Philosophy degree from the University of Iowa (1962). Sons Daniel and Martin were born during this time.

The family then moved to Ottawa, Kansas, for Len’s position as Professor of Philosophy at Ottawa University. Daughter Mindy was born in 1963, Deane taught elementary school, and the Meyers family enjoyed the Ottawa University community and athletics, were active in First Baptist Church, and made life-long friends. Through the years, Leonard served as a substitute pastor for many small, rural Baptist churches, sometimes with Deane playing the piano and 4 little ones in the pews.

In 1978, with two kids in college, the family moved to Phoenix, Arizona, and later to Middle Verde, Arizona, where Len and Deane accepted the ministry of the Rock Church. The experiences of working with, serving, and counseling this congregation - primarily mentally-challenged adults and their leaders who lived at Rainbow Acres Ranch, and members of the Yavapai-Apache Indian Tribe - was a highlight of Len’s and Deane’s lives. Their contributions to these communities will be remembered.


Upon his retirement in 1991, Leonard and Deane moved to Lake Montezuma, AZ, and in 1994 moved to Prescott Valley, AZ, to be closer to family. Leonard continued to provide hospice counseling and perform wedding ceremonies in the area, and he and Deane held weekly meetings of Senior Friends Together. Len also greatly enjoyed his retirement, working outdoors, and being the best “Poppa” in the world. The couple celebrated their 50th wedding anniversary shortly before Deane’s death in 2006.

The combination of a near-catastrophic event, recovery, and friendship brought his neighbor, Margaret Damschroder, into Leonard’s life. They were married on August 17, 2007, at the ages of 78 and 79, and thoroughly enjoyed their 15 years together. They attended and were active in the Prescott Valley Church of the Nazarene and Emmanuel Lutheran Church, and in 2019 they became residents of Touchmark in Prescott, AZ.