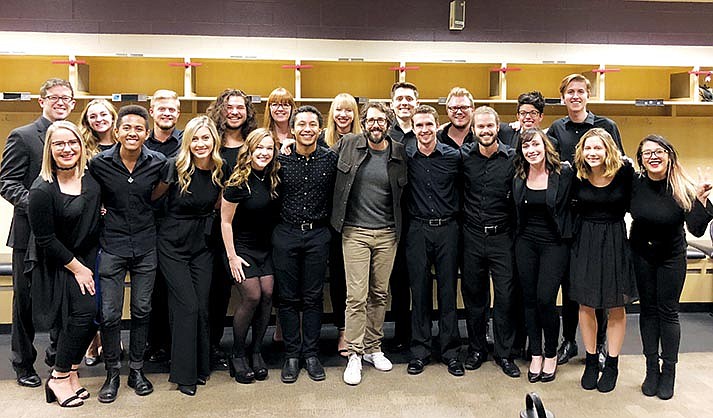 The Sedona Academy of Chamber Singers, choir-in-residence with Josh Groban in 2018. (Courtesy of SACS)

The Sedona Academy of Chamber Singers, choir-in-residence at The Church of the Red Rocks will present Craig Hella Johnson’s “Considering 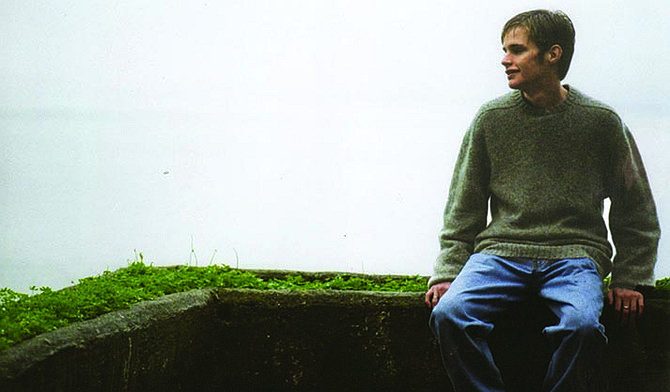 Advanced ticket reservations are required. Admission is free, but a donation to the Matthew Shepard Foundation is encouraged.

In October 1998, Matthew Shepard, a young, gay student at the University of Wyoming in Laramie, was kidnapped, severely beaten, tied to a fence, and left to die in a lonely field under a blanket of stars. Five days later, when Matt passed away, the world was watching. As the eve of the 20th anniversary approached, Craig Hella Johnson responded with his first concert-length work, “Considering Matthew Shepard,” which explores the life, death, and legacy of Matthew Shepard.

This three-part fusion oratorio speaks with a fresh and bold voice, incorporating a variety of musical styles seamlessly woven into a unified whole. Johnson sets a wide range of poetic and soulful texts by poets including Hildegard of Bingen, Lesléa Newman, Michael Dennis Browne, and Rumi. Passages from Matt’s personal journal, interviews and writings from his parents Judy and Dennis Shepard, newspaper reports and additional texts by Johnson and Browne are poignantly appointed throughout the work.

In discussing the work, the composer wrote, “Matt Shepard and his story have led me on an inspiring, challenging and deeply meaningful journey that I continue to this day. In composing ‘Considering Matthew Shepard,’ I wanted to create, within a musical framework, a space for reflection, consideration and unity around his life and legacy.”

The Sedona Academy of Chamber Singers was created in 2010 in celebration of the 50th anniversary of The Church of the Red Rocks in Sedona and the 25th anniversary of the Rev. Dr. George A. Ault. Now in its 12th year, the ensemble gives undergraduate and graduate voice and choral students from around the Southwest an opportunity to experience singing in a semi‐professional choir. The choir has performed throughout the state, most notably serving as a back-up choir for multi-platinum recording artist Josh Groban and recently recording and premiering “Peace & Reconciliation” by Grammy-nominated composer Michael Hoppé.

As the choir-in-residence at The Church of the Red Rocks “The Sedona Academy of Chamber Singers and The Church of the Red Rocks have entered into a partnership with the express purpose of promoting the art of music, with the knowledge that doing so will enrich the lives of young people and adults alike and foster an atmosphere of intellectual and artistic curiosity among both patrons and members,” said Ryan Holder, founding artistic Director and professor of music at Northern Arizona University.

For more information, please call The Church of the Red Rocks at 928-282-7963 or visit SedonaAcademyOfChamberSingers.com.