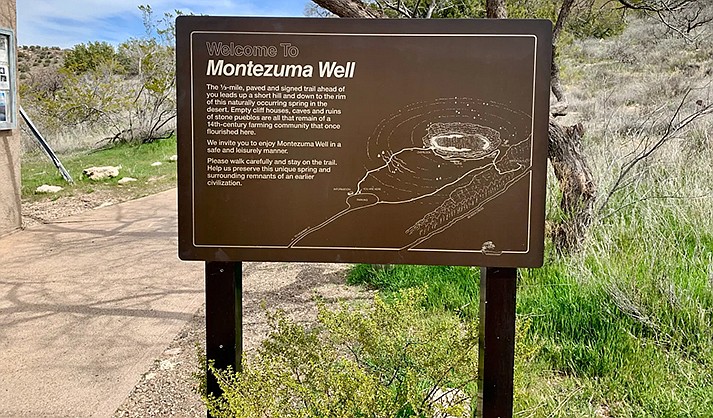 If it wasn’t the bees, it was the bats.

All summer, two of the most popular parts of Montezuma Well had been closed for protection. Now, both are open for visitors to explore this ecological wonder again.

The Swallet Trail, leading down to the caves within Montezuma Well, had been closed from May 1 to July 31 to protect a maternity roost of the Townsend big-eared bat. While nursing their pups, bats may abandon the roost due to noise, movement or other disturbance. 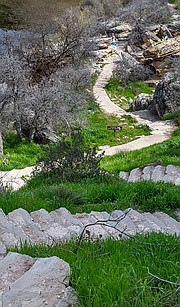 “We are fortunate to manage land that has habitat for these bat to birth and rear their pups,” Natural Resource Program Manager Sara Eno said at the time. “These small mammals are generally in decline in many areas. They are highly sensitive to human disturbance. They positively contribute to the ecosystem, and we want to support their success and survival by continuing to provide excellent habitat.”

Meanwhile, the Well Overlook and the beginning portion of the Overlook Trail had a less planned closure. Honeybees, thirsty due to the drought, had swarmed in the area and were considered a hazard to visitors.

Montezuma Well, near Rimrock, is a detached unit of Montezuma Castle National Monument at Camp Verde. It includes loop trail that is one-third mile and includes spur trails, the Swallet Trail and Water Outlet Trail.

The “well” is a natural limestone sinkhole that was peopled for several centuries. From ancient Sinaguan ruins to ranch buildings from the 19th century, the human history is spelled out on the landscape of the property. But it is other species that keep the well a point of interest.

It is home to five endemic species – four animals and one plant that exist only in the well. The gate to the well is open during the day, and there is no charge to visit.

“We thank everyone for their support during these closures and for putting safety first for not only visitors but wildlife as well,” Santellan said.