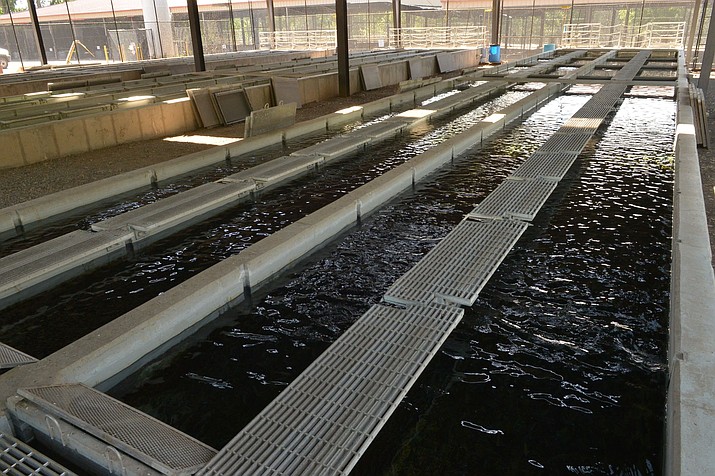 Fish stockings from Page Springs were suspended in June after the discovery of Lactococus garvieae at the facility.

In an Aug. 11 news release, the department outlined steps that have been taken over the summer to mitigate the problem.

It has been a struggle. 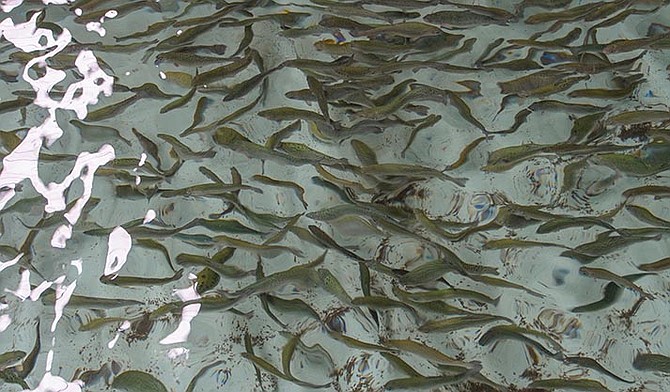 Staff treated the affected fish with medication but noted the fish "did not respond sufficiently to treatment."

Now they are implementing another approach:

● The depopulation of fish and disinfection of the Page Springs Hatchery and two ponds at Bubbling Ponds Hatchery.

● The use of two different vaccines (immersion and injection) at the affected hatcheries once fish are brought back on station. The vaccines have shown recent success at controlling Lactococcus outbreaks at a private hatchery in California.

● The use of trout from other department hatcheries and contracts with external vendors to provide catchable rainbow trout in waters that are typically stocked with fish from Page Springs until the hatchery is back in full production.

The Page Springs facility has raised trout since 1932 when the Arizona Trout Company purchased a lease from the Page family. The state of Arizona bought the lease in 1938 before buying the property 11 years later. The hatchery typically produces 750,000 trout per year, with an estimated financial impact of $183 million.

Bubbling Ponds Preserve is a separate part of the 273-acre combined hatchery property. While most trout are no longer produced there, Bubbling Ponds raises native fish like razorback suckers, roundtail chub and Gila topminnow. Northern Arizona Audubon Society helped the state fashion the area into a wildlife preserve.

While fish stocking from Page Springs has been suspended, the Game & Fish Department has provided fish from hatcheries in Tonto Creek and Canyon Creek instead.

"It is important to note there will be no interruptions in stockings, and anglers will be able to continue to enjoy fishing for trout that are stocked throughout the state," AZGFD stated.

The department said the outbreak of Lactococcus garvieae is the first known occurrence of the bacteria in Arizona, but there have been several outbreaks in California since 2020.

Bubbling Ponds will be closed only a short while, from Aug. 15 through Aug. 29 for depopulation and disinfection. The Page Springs Hatchery facility will be closed through Oct. 17.

"The fish-to-human transmission of this bacterium is rare and extremely unlikely," AZGFD stated. "As always, anglers should follow the U.S. Food and Drug Administration and U.S. Department of Agriculture recommendations to cook fish to an internal temperature of 145°F. When a food thermometer is not available or appropriate, cook fish until it's opaque (milky white) and flakes with a fork."