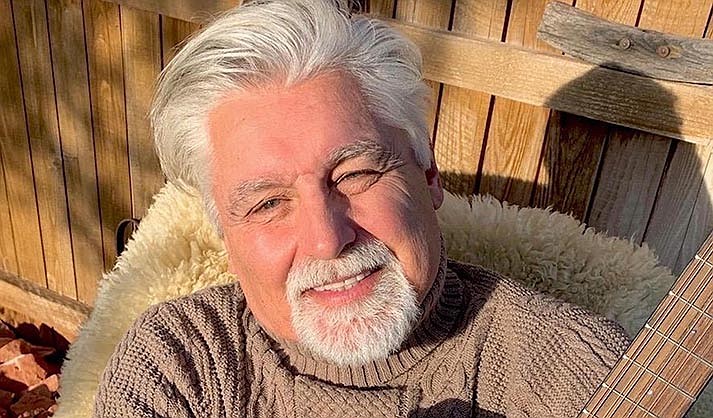 As we head into the heart of the summer, Sedona becomes even more perfect for dining outside under the stars, listening to music performed live by talented musicians who know how to entertain, and just kicking back.

On Friday, Aug. 19, and Saturday, Aug. 20, from 6:30 to 9:30 p.m. both nights, Jerry McFarland takes his turn on the beautiful Bella Vita Ristorante outside stage where under the patio lights he plays and sings his heart out for those who enjoy a fine Italian meal while being serenaded and entertained.

McFarland has had the pleasure to sing in such venues as the Hollywood Bowl, The Troubadour and Anaheim Stadium, working with great touring musicians such as Cher and Jose Feliciano.

Performing as a vocalist and accompanying himself on guitar or piano, McFarland covers a wide array of styles from soft Latin inspired Jazzy Bossa Nova to soulful Rhythm & Blues Classics.

His deep catalog spans decades, often resulting in an impromptu musical journey, as he asks the audience to call out favored songs or artists.

Career highlights include sharing the stage with great artists such as Bill Medley of the famed Righteous Brothers, The Drifters and many other recognized performers. He has had the pleasure to sing in such venues as the Hollywood Bowl, The Troubadour and Anaheim Stadium, and working with great touring musicians such as Frank Cotinola (Cher, Jose Feliciano), Greg Leisz (Jackson Browne, Shawn Colvin) and Steve Wood (Kenny Loggins, MacGallivary IMAX Films).

Make it a point to enjoy great live music by Jerry McFarland at Bella Vita Ristorante this weekend.

The restaurant is located at 6701 W. State Route 89A. For reservations and specific directions to the restaurant visit BellaVitaSedona.com or call 928-282-4540.