Tommy ‘Rocks’ presents a tribute to ‘The Beatles’ at Clarkdale Concert in the Park Series Saturday, Aug. 20 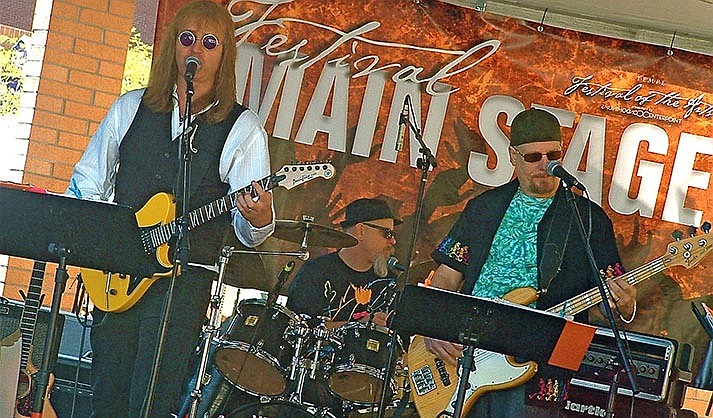 Tommy “Rocks” Anderson is a well-known acoustic rock musician who has performed on stages throughout America, and is also the owner of Jerome’s music store Tommy Rocks.

And while you can catch Tommy performing a wide range of shows with his various bands, he is best known as ‘The Beatles Guy’ in Arizona.

Tommy’s Beatles band will be performing this month for the Clarkdale Concert in the Park series on Saturday, Augus. 20.

On his musical journey, Tommy was the bandleader and frontman for the popular Arizona Beatles band ‘Ringo McLennonSon’, which covered songs of the Beatles and their later solo careers. After disbanding, Tommy went on to perform solo Beatles shows.

He later added friend and bassist Pablo Richards and formed the band “The Beatless” and released a live CD called “The Beatless & Friends: John Lennon Birthday Bash.” Tommy’s next Beatles band B3 then released a studio CD called “Rubber Revolver.’’ Both CDs will be available at the show, along with Tommy’s other CDs.

Tommy performs a solo acoustic Beatles show on the final Friday of each month at Vino Di Sedona, covering songs from The Quarrymen through The Beatles and beyond, including John, Paul, George and Ringo’s solo hits.

Tommy has performed hundreds of Beatles shows, and enjoys interacting with the audience as they sing along to some of the Beatles greatest hits – as well as their most obscure songs. Tommy especially enjoys doing the harder material, such as “I am The Walrus”, “A Day In The Life”, and the B side to Abbey Road.

Singer/songwriter/guitarist Tommy Anderson is a well-known entertainer in Arizona, and has released 19 CDs to date.

You can stream and download his latest singles and CDs at his website TommyRocks.net , as well as stream his music on Spotify, Pandora, Apple Music and Amazon Music. Just say “Alexa, play music by Tommy Anderson.” Tommy’s YouTube channel is at youtube.com/c/tommyanderson/videos.

The performance will be held Saturday, August 20 at 7:00 p.m. at the Clarkdale Gazebo. More information at tommyrocks.net