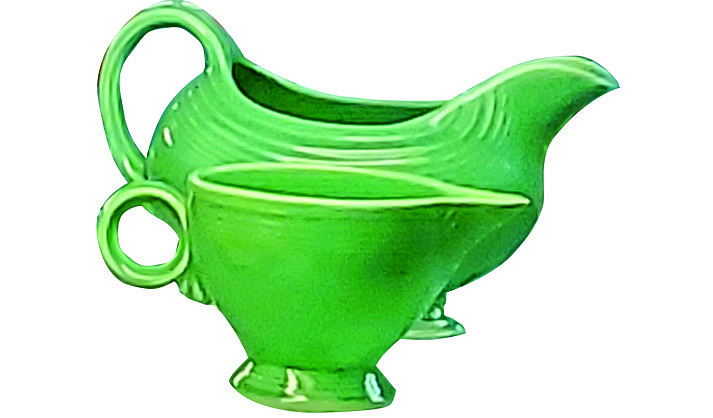 Cottonwood’s Clemenceau Heritage Museum is proud to share the memories of the ceramic-glazed pottery known as Fiesta Ware in one of its many displays.

The history of this familiar and colorful pottery spans years, originating in 1936 in a factory built by the Homer Laughlin China Company in Newell, West Virginia.

Fiesta dinnerware debuted at the Pittsburgh China and Glass Show in 1936. The china was mass-produced and sold at five-and-dime stores like Woolworth’s and the collections popularity grew, particularly in the American Southwest due to its vivid hues. Red, yellow, cobalt blue, medium green and ivory were the five original colors. Turquoise came along a year later; however, the line was retired in the early 1970s.

In 1986 the department store Bloomingdale’s partnered with Homer Laughlin to re-introduce the line. A total of 51 colors have been produced so far.

The Museum’s set of Fiesta Ware originally belonged to Roy and Gladys Murdock. It was passed down through the generations, and eventually donated to the Museum by Nancy Parker of Cottonwood. Come join the celebration of viewing this colorful display and experience a piece of history.

The Museum is located at 1 N. Willard St., in The Cottonwood Oak Creek School District Building. 928-634-2868. Hours open Tuesday and Wednesday 9 a.m. to noon and Friday and Saturday 11 a.m. to 3 p.m. This exhibit is part of the permanent display.