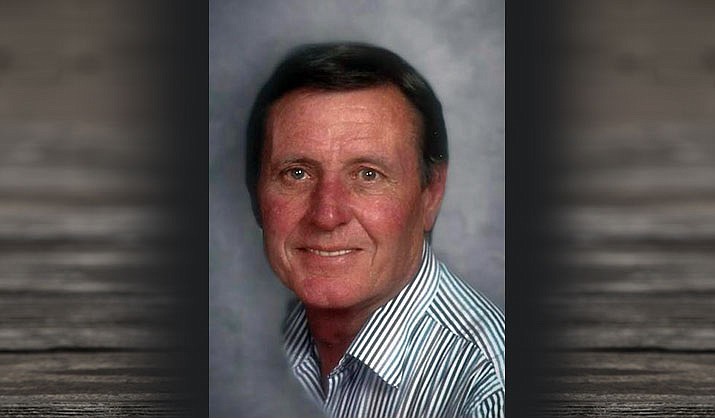 James Thomas (Jim) Woods was born to Delaney and Helen Woods in Phoenix, Arizona, on April 15, 1947.


He grew up in Phoenix working in his father’s pool business plastering pools through the hot Phoenix summers. He graduated from ASU with a Civil Engineering degree in 1970.

Jim married Linda Babbitt of Flagstaff, Arizona, in August of 1969. They began their marriage of more than 50 years. They raised four boys to be good men and their reward is 14 grandchildren and one great-grandchild.

Jim set out in his career to head up major construction projects in Idaho, California, Nevada and Arizona with Morrison-Knudsen, Wells Cargo and TGK/McCarthy.


His Catholic faith was always an anchor and he was involved in his parish in Flagstaff and after retirement in Camp Verde. He grinned ear to ear when finally becoming an altar boy at 74.

The consummate outdoorsman, Jim hunted and fished with family and friends from Mexico to British Columbia. He had a true appreciation of nature and supported many wildlife programs. He was a lifelong member of the NRA and loved loading his own ammunition and tinkering with formulas. He became a certified Master Gardener and amateur vintner and won several awards at various contests around the country. He rode motorcycles and drove sand rails until his body told him enough.

His pride and joy was his four sons and grandchildren. Teaching them the ways of the outdoors and the world was his greatest passion. Jim and Linda raised responsible adult men and parents to their grandchildren. He was highly respected and loved by many friends of his sons. He employed many of them out of high school and gave them unforgettable life experience.

Jim was preceded in death by his parents, three siblings, his in-laws, and a granddaughter.

He is also survived by many in-laws, their spouses, and dozens of nieces, nephews, and grands.


Jim Woods was a hard man, he worked hard, played hard, pushed hard, believed hard, and loved hard. His faith, his family, and his friends came first. His friendship ran deep, and his respect was worth having.

Jim lived a 10-year battle with cancer. Tough as nails, he survived like a champion, and passed like an angel. He crossed over at his home on Tuesday, August 16, 2022, surrounded by his wife, all his sons, and his oldest granddaughter. His glory awaits.

Please join us for a Memorial Celebration of the Life of Jim at the banquet hall at Little America of Flagstaff Friday, August 26 at 1:00 p.m .


The family welcomes donations in memory to the House of Ruth Pregnancy Center, Box 1198, Cottonwood, AZ 86326


“You only get one life, but if you live it right, one is enough.”