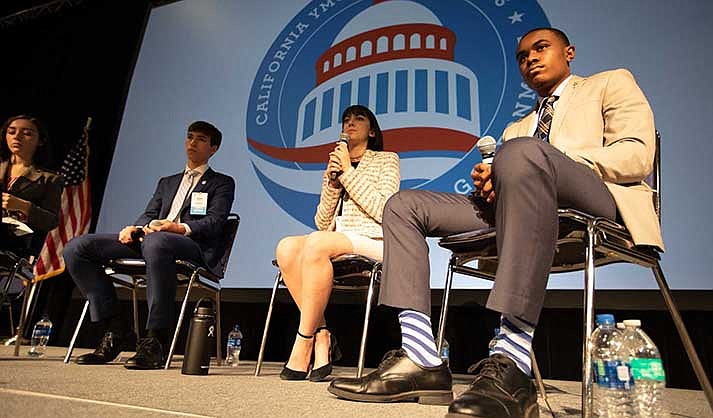 In the halls of California’s Capitol, 4,000 teenagers run a fully functioning government complete with legislators, lobbyists, political party bosses, and elections. ‘The Youth Governor’ is the story of the candidacy, campaign, and election of the 72nd California Youth Governor.

In the halls of California’s Capitol, 4,000 teenagers run a fully functioning government complete with legislators, lobbyists, political party bosses, and elections. Over the course of four months, three candidates emerge from a field of 40. On the campaign trail, in their homes, and with their peers watching their every word, these young candidates put together the unique mix of ambition, confidence, shamelessness, and pure motivation it takes to win.

These young candidates see themselves as the heroic leaders that are nowhere around them. They feel burdened to solve the problems that their adult leaders have trouble addressing. Their story is a window into the world of young people who revere American democracy. The film follows these candidates as they throw themselves into the gauntlet of the electoral process.

This roller coaster of running for high office does not reveal itself through talking head interviews, but in the real-time dramatic experience of each young candidate. On the campaign trail, within their political parties, amongst their friends, in their homes with their families, and in their own quiet thoughts, we see the turmoil, the heartbreak, the elation, and a side of these young candidates that the American public rarely sees of its public servants: Who they truly are.